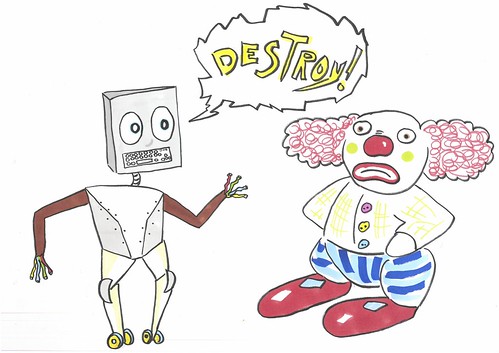 Once upon a time there was a robot called Bob.

Bob the robot could do the robot dance, but nobody liked it because it was annoying.

Frownie the clown got annoyed with Bob when he danced because it was so embarrassing. That is why Bob wanted to destroy the world.

No one wanted to see him dance.

One day, Bob danced to the neighbouring farm, where he met Jeff the pig.

“How are you?” Bob asked Jeff the pig.

As Jeff was cleaning his pigmobile, he replied, “Nothing much.

But if you don’t stop dancing, I’ll show everybody how terrible you are by video recording you on my ham phone.” 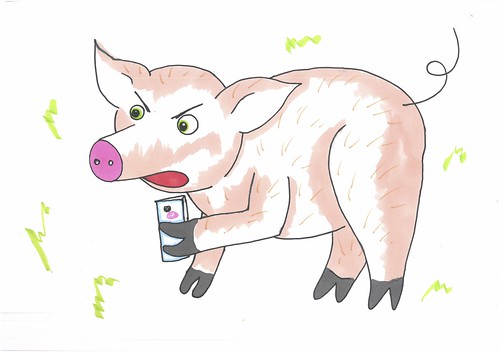 Then Jeff and Bob had a dance-off. Jeff the pig got frustrated because Bob was suddenly great at the robot dance, so Jeff pushed Bob.

Bob broke his leg by losing a connector when Jeff pushed him...