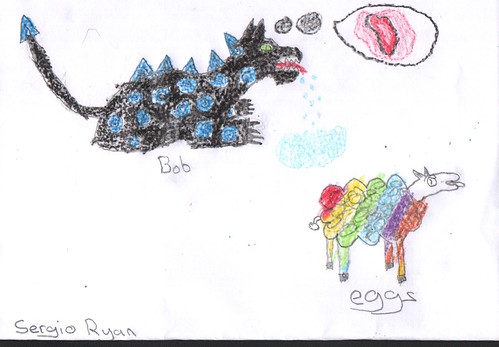 Bob woke up and was very fat. He went to check his weight again.

He rolled down the stairs to get breakfast. He accidentally looked in the mirror and peed his pants.

Bob was a t-rex but he had four legs and no arms. Bob rolled into the kitchen and poured himself some Lucky Charms. His mom told him to eat some salad instead.

He got up and got some meat from the fridge and stuffed Lucky Charms in the meat without his mom seeing. Then, Eggs the pet sheep came in and smacked the meat out of his mouth. 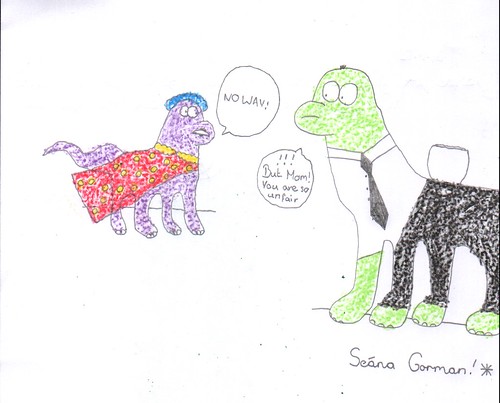 Eggs said to Bob in a lazy way, “Hey Bob, do you want to come to the vegan protest later and learn all about things that are better than meat?”

“No, I’m good thanks. I’m too busy learning how to dab and it’s not going very well,” Bob said relaxed.

Egg said lazily, “Don’t worry about that. You can dab at the vegan protest.” Eggs looked bored.

Bob didn’t know how to dab, so he couldn’t do it at the vegan protest. The reason he wanted to dab was because Eggs could.

He went to his room and looked up tutorials on how to dab as a dinosaur.

While he was looking at the tutorials, he was eating spaghetti. Eggs ran into Bob’s room and said, “If you can’t dab by tonight…”