Bob From The Tallaght Flats 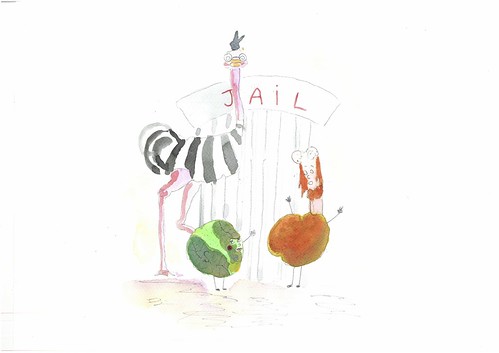 Bob the Chicken Wing was running away from Zara the sprout.

As he was running, he tripped on a pebble and he fell down the stairs.

When he landed, Bob bumped into his best friend Billy the Carrot’s feet.

(If Zara the Sprout had fallen down too, it could have been someone’s dinner.)

She was chasing him because he hadn’t paid child support.

Bob said to Zara, “I’m never talking to you again!”

“Give me the money, or I’ll put you in a curry!” Zara screamed. 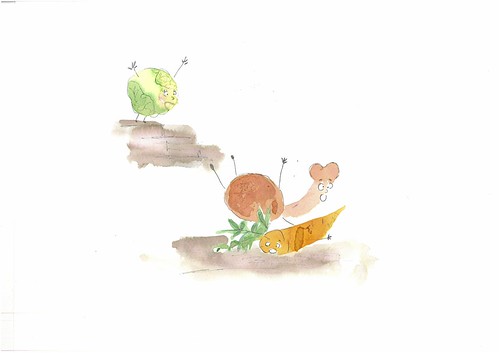 “Yeah, okay” said Bob. But he didn’t mean it, because he didn’t have the money.

Bob didn’t actually pay the money so he was sent to jail.

He grew long hair and a beard. His cellmate was Orville the Ostrich.