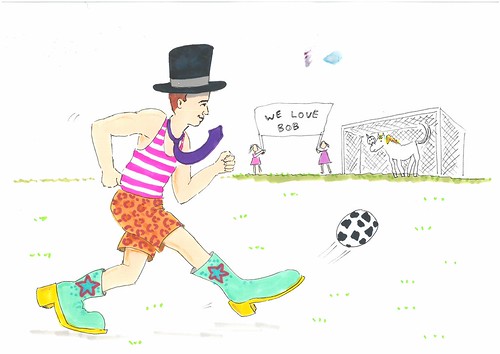 Once there was a boy called Bob. His best friend was a unicorn called Sparky.

He began his career wanting to create a shampoo product but it was was bad that when he tried it, his hair turned blue.

So Bob started playing soccer in his back garden with Sparky. He always wanted to play soccer professionally for Arsenal. 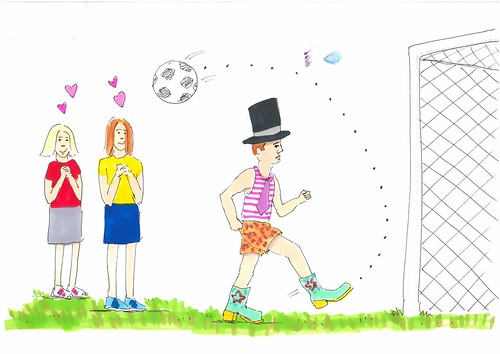 After a few years, Bob grew up and one day he had a trial for Arsenal. After the match, the manager asked him, “Why are you wearing such weird clothes?”

“Well, one day a man walked up to me when I was wearing nice clothes and said, ‘You shouldn’t wear such nice clothes if you don’t like girls.’”

Bob was signed for Arsenal. At the first match of the season, the girls from the school who picked on him turned up and began to tease Bob.

Because he was so distracted and scared of the girls, whenever Bob got the ball he would kick it in the wrong direction...