Bong Bong - King of The Apes 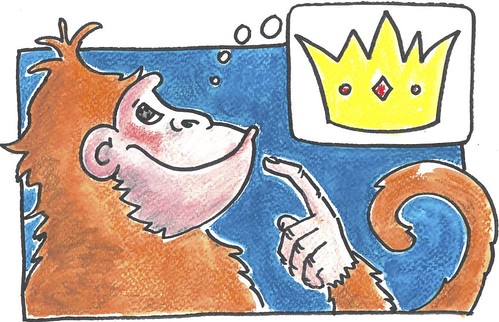 Once upon a time in the jungle, there was a jungle palace and it was made of trees.

Bong Bong the ape was outside the palace, looking for a friend.

Bong Bong was very lonely.  To help him find a friend, he went onto Ape Facebook as he has a smart watch.

He saw Mason the gorilla on Facebook and messaged him: “Do you want to build a shop?”

“I will come over later,” Mason replied.

Bong Bong started playing games on his smart watch to pass the time when he was waiting.

The apes in the palace were treating humans wrong. 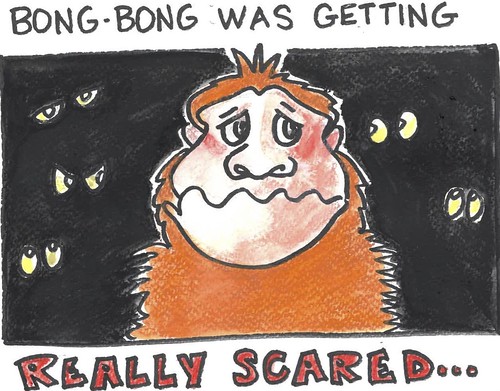 All Bong Bong wanted was to be king and treat the humans better.

He wanted to build a shop to get some money so he could buy good clothes so people will believe that he is king.

Suddenly Bong Bong heard a noise. He climbed up a tree to see who or what it was…