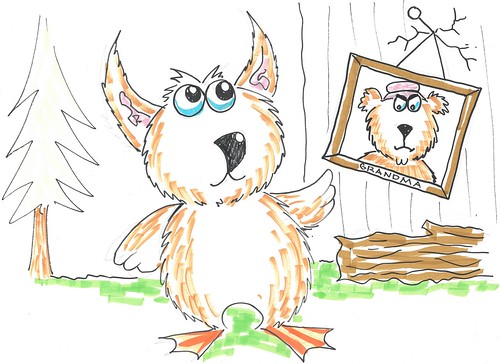 Once upon a cheese, there was a koala called Boo. He had penguin flippers and elf ears.

Boo lived in a bungalow in a forest in Tibequador.

Boo loved to play video games. He lived with his grandmother but he was afraid of her.

She told him once that she didn’t love him because he was different. Boo’s grandmother hated different.

Boo wanted to move out. His best friend was a skateboarder called Sambofella.

“Hey dude, you can move in with me if you want.”

Boo said, “Only if we live in a tree-house beside the skateboard park.” 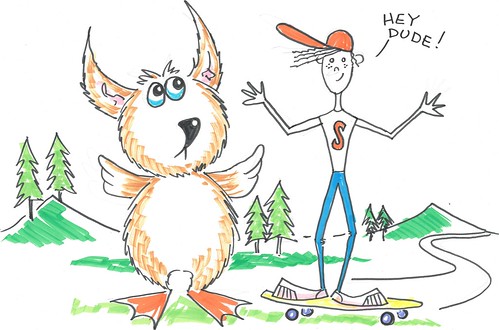 Two days later, Boo and Sambofella moved in to their tree-house.

After that, once a month, Boo’s grandmother came to visit.

Boo told Sambofella to go skate while his grandmother was there.

One day, Boo’s grandmother came on a surprise visit.

Sambofella was on the couch asleep and snoring louder than a dinosaur. Boo’s grandmother was really cross. 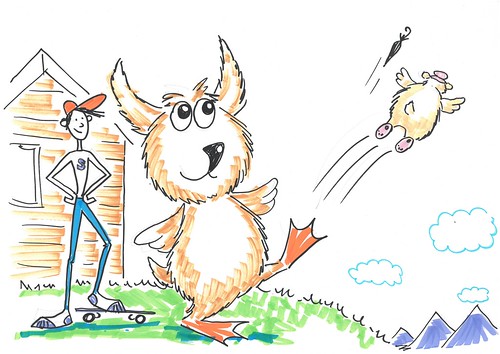 “You moved out of my house to come live with him!?!” she yelled.

Boo kicked his grandmother out of the house - literally.

That night, Boo and Sambofella talked about their greatest wishes.

Sambofella said that he wanted to go to The X Games.

Boo said, “I want to be a normal koala.”

“No way dude, don’t change. You’re one of a kind,” said Sambofella.

Later that night, in bed, Boo was still wondering if he should change or not…