Skip to main content
Home Stories The Boy Who Dreamed

The Boy Who Dreamed 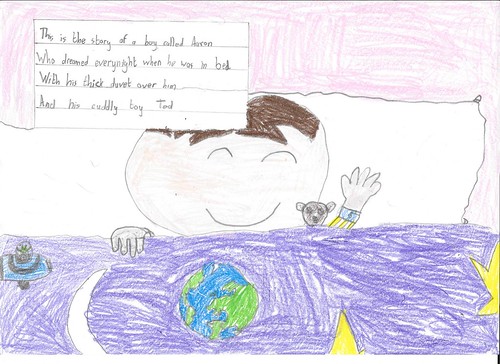 This is the story of a boy called Aaron, who dreamed every night when he was in bed with his thick duvet over him and his cuddly toy Ted.

Aaron dreamed of dragons and amazing things to see, like rainbow rivers and talking trees.

In one of Aaron’s dreams, Ted learned how to talk. 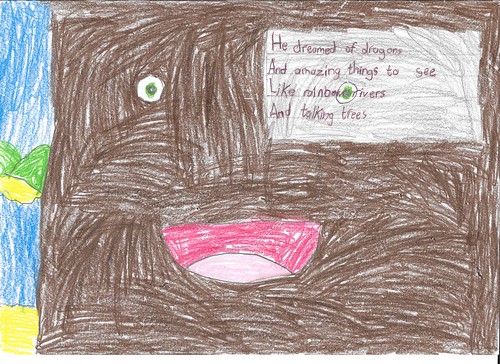 Ted could sing and dance and even go for a walk.

Then Aaron woke to the ringing of his alarm.

Aaron dreamed of being a storyteller - he’d tell stories for all to hear. 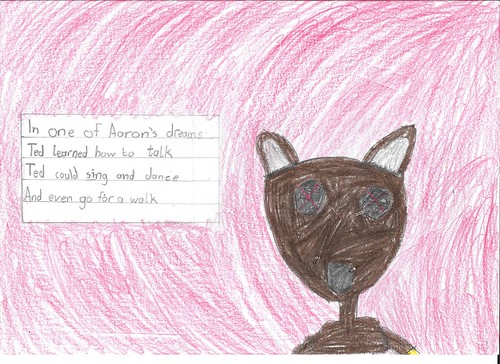 Aaron’s dreams came true. In a few years’ time, he would make people listen, with his stories and his rhymes. 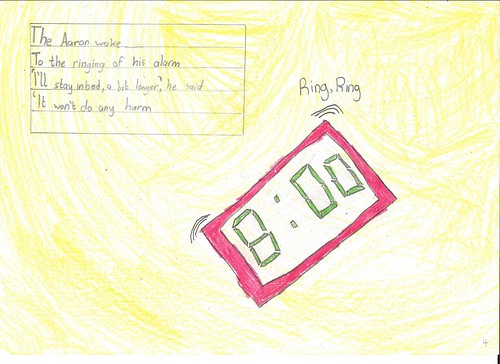 So the moral of the story is to stick to your dreams like glue.

Because if you keep believing, your dreams might just come true.