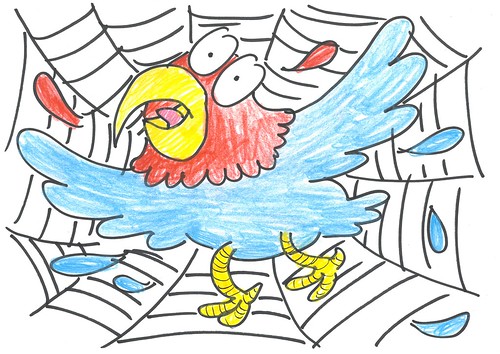 One day, Bruno the Parrot was travelling with his friend Pedro Pony.

They were going into a jungle and they came across a river with crocodiles in it.

Bruno had a flashback.

He remembered that his parents were nearly eaten by crocodiles.

His parents were so shocked that they forgot where their nest was. 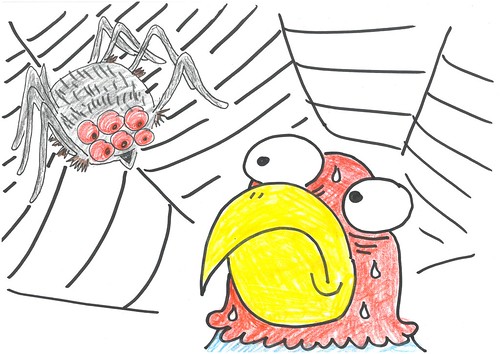 They got lost and they could not find Bruno again.

After his flashback, Bruno said to Pedro, “It’s been seven years since I’ve seen my parents and I want to find them again.

Let’s go search for them!”

Pedro replied, “EEE-AAAWW! Okay, it might be too late, but we can try.”

They were going through the jungle to find the parents when suddenly they came across a nest of spiders.

Bruno flew into it because he wasn’t paying attention to where he was going. 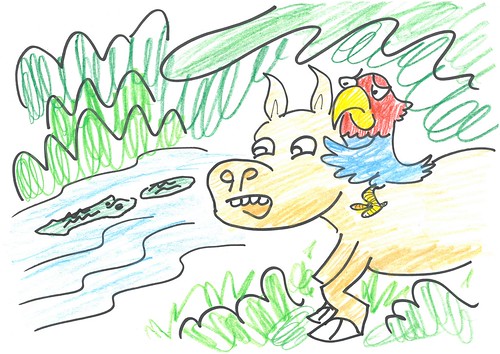 There was a big cobweb between the trees he was flying through.

The spiders had black bodies and red backs.

They had hairy legs and armpits. Bruno shouted, “AAAAHHHHH!”

He scattered and did a backflip.  Some of his feathers fell off and he felt dizzy.

“Hello, are you awake?” said Pedro. 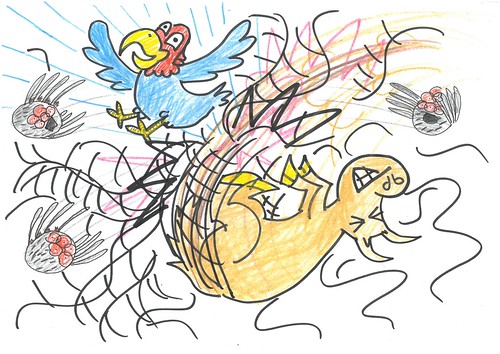 He was feeling worried.

Bruno the Parrot had another flashback.

“I remember something about my past” said Bruno,