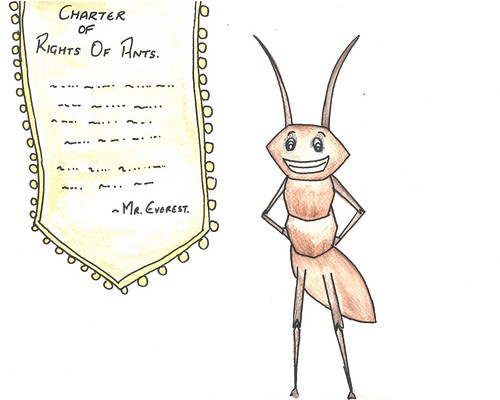 In an old shoe in the woods, lives an ant with a dream.

His name is Mr. Everest and his mission is to fight for ant’s rights.

Mr. Everest witnessed his girlfriend unfortunatly being squashed by a young child.

And then a year later, the ant hill that his whole family lived in for centuries was accidentally destroyed by the same child falling on top of it.

One morning Mr. Everest was about to climb an apple tree near his shoe to look for some food.

He became aware of a buzzing sound.

As it got closer he saw a very fat bee lying on its back with its stubby legs waving around. 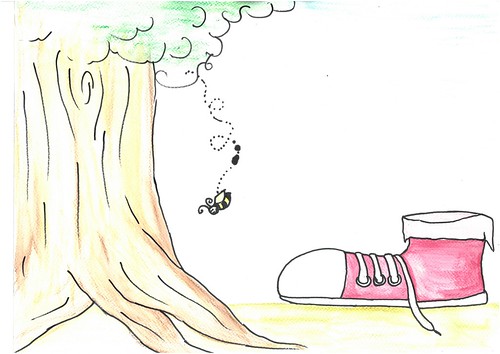 Mr. Everest realized he could pitch his idea about ant’s rights to the Queen Bee.