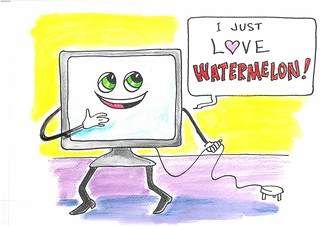 Virgin Mary Boys National School, Ballymun, 3rd Class, 24 June 2015
One month ago, Buttons the computer ran away from his owner.

He had nowhere to stay so he found a bin and slept in it until he could find a new owner.

In the morning, the bin men came and tipped his bin into the truck. 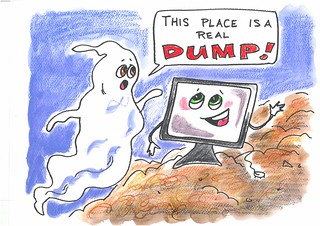 He rode in the truck until they came to the dump. At the dump, he met a ghost called Tesco.

“My biggest fear is gummy bears,” said Buttons to Tesco.

“My biggest wish is to have a body,” Replied Tesco. 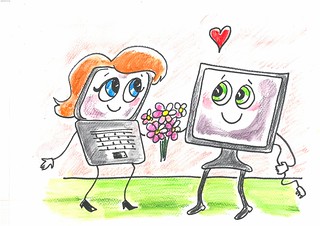 Buttons freaked out. “We should get out of here!” Buttons said.

“The evil computer is my brother!” Rebecca said, “and he has an army of gummy bears.”

Suddenly, they all heard music.  It was creepy music coming from a scary house.

Then an evil voice came up over the music, “There’s over a million gummy bears, bwahaha...”