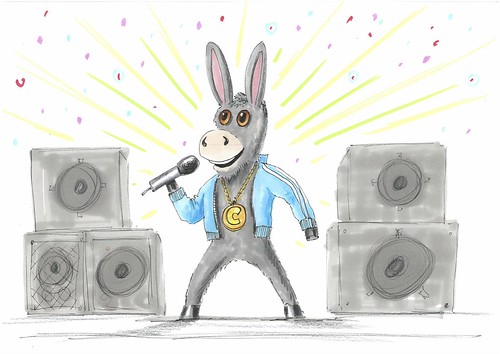 Once upon a time, Cambrin the donkey was with his best mate Scraggy Maggie.

They were eating food down by the canal.

Cambrin stepped on some glass. Scraggy Maggie pulled the glass from Cambrin’s hoof.

There was a lot of blood. She picked up Cambrin and ran to A&E.

The doctor told Cambrin, “You’ll have to get a blood test and a shot.”

Cambrin said, “I don’t want to get a shot. I’m afraid of needles!” Then he fainted and the doctor gave him the shot.

When he woke up, Cambrin believed he was a rapper. He thought he was late for his big show in Croke Park. 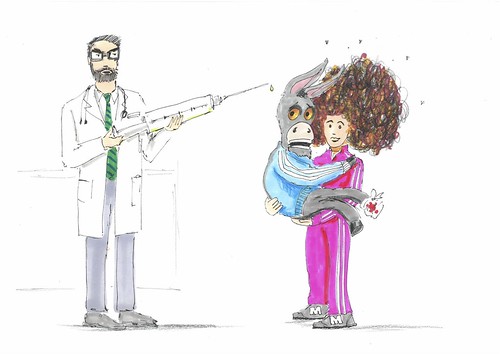 He also thought that Scraggy Maggie was just one of his fans so he ignored her.

When he got to Croke Park, there was a concert, but it wasn’t Cambrin the donkey. It was Drake!

Cambrin dodged all the security guards and ran onto the stage.

“Get off me stage now!” Cambrin shouted at Drake...