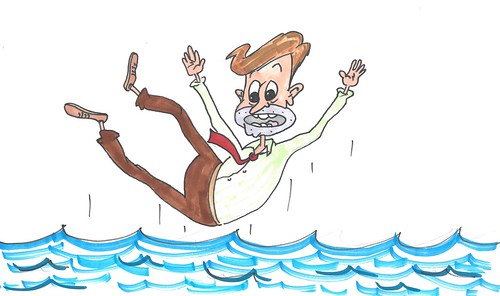 Long, long ago, there lived a man called Billy who was always falling into the canal.

One day when he had fallen into the canal, he found a teapot.

There was a little baby water-snake in the teapot. Then he heard the thumping of his boss coming towards him.

“Oh shoot, the boss is coming! I better look like I didn’t fall into the canal,” said Billy to himself. 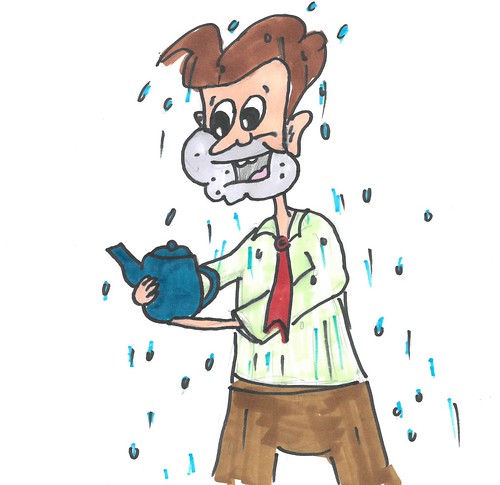 When the boss came, he saw the teapot. “What’s in there?” he asked.

The boss asked, “What is the water for?”

“I was gonna drink it,” replied Billy.

There was another person in front of Billy.

“What’s in that teapot?” demanded the mysterious man.

He roughly yanked the teapot out of Billy’s hand and opened it to find the water-snake.

The water-snake bit the boss on the nose. 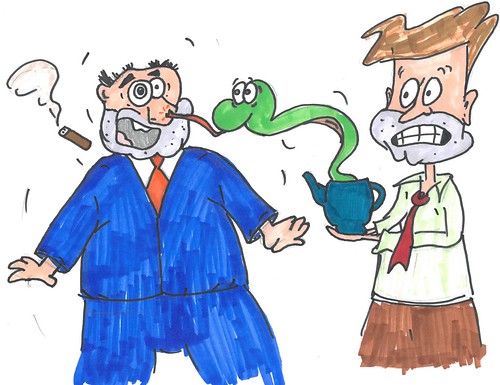 With that, Billy yanked back the teapot and ran off with the water-snake. The boss chased Billy.

Billy saw a boat and ran into it to hide. The boss couldn’t find him.

While he’s was in the boat, he named the snake Luigi.

Later on, the boss called Billy to a meeting.

His fat face was still red like a tomato and he clenched his fists and he tried to punch the snake.

Luigi was actually an alien from a different planet!