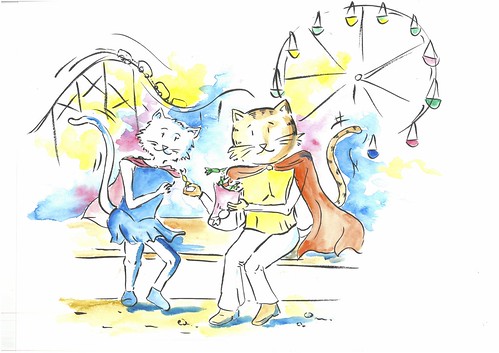 Once upon a time, there lived a man named Catman and his little sister, Catgirl.

One day, they went to a funfair. At the funfair, Catman found lots of friends.

They all bought lots of candy. When they had finished all the candy, his friends saw a volcano.

“Go hide!” said Catman. “Me and Catgirl will take care of this.”

“I think it’s going to blow up!” said Catgirl. 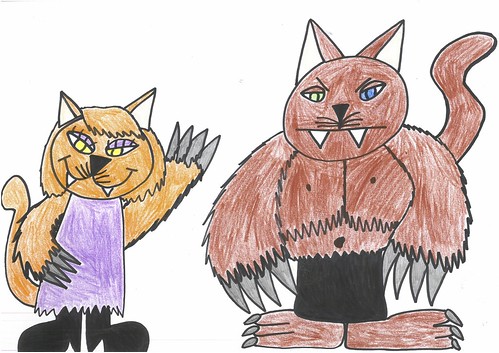 Suddenly, another volcano sprouted from the ground.

“Don’t worry Catman, you take one volcano and I will take the other,” said Catgirl.

“Are you afraid of lava?” Catgirl asked.

“I am not afraid of anything,” said Catman. But he was lying. He was terrified of Lava. 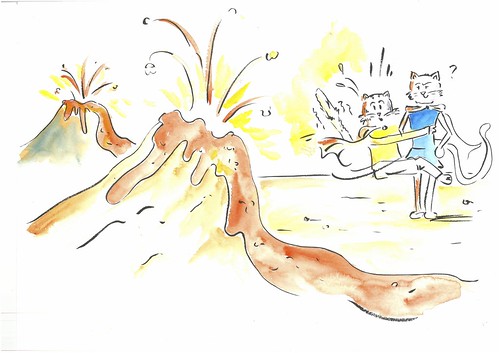 “Okay, I am afraid of lava,” admitted Catman.

“But I wouldn’t be afraid if I had all of my friends by my side...”