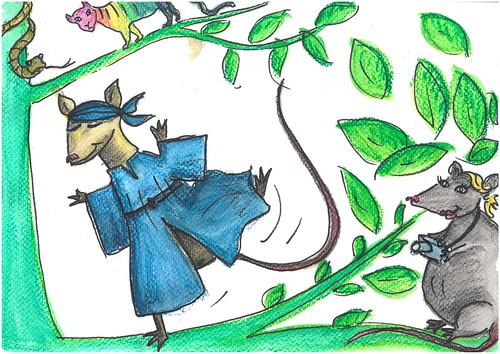 There once lived a mouse named Cheeky Mouse. His nickname was Karate-Mouse because he loved karate.

He was a black belt in karate.

Cheeky Mouse’s greatest dream was to get a pet rainbow cat but his Dad and Mam were scared that a cat would eat them all!

“I have to save up to get my pet cat” said Cheeky Mouse.

He went over to his friend’s house to ask for some money.

His best friend was a mouse called Karissa. Karissa was happy that Cheeky would get a pet but was afraid that the cat would eat them.

(Karissa was very afraid of cats because she had a bad experience with a fierce cat when she was a baby mouse) She had her own pet – it was a fish called Bob.

Cheeky Mouse decided to enter a Karate Tournament and if he won the first round he would get a thousand dollars. 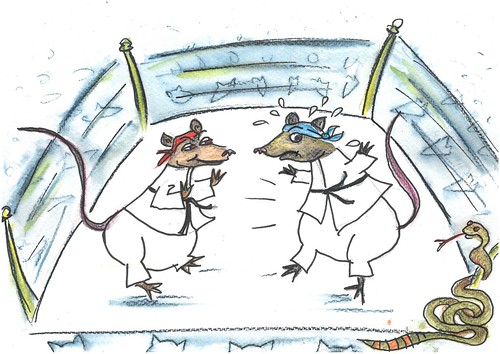 If he won the championship he would get a million dollars!

Karate Mouse did really well in the Tournament and got to the final.

The last contestant cheated and used a snake to scare Cheeky Mouse.