Chicken Man and Wally on the Run 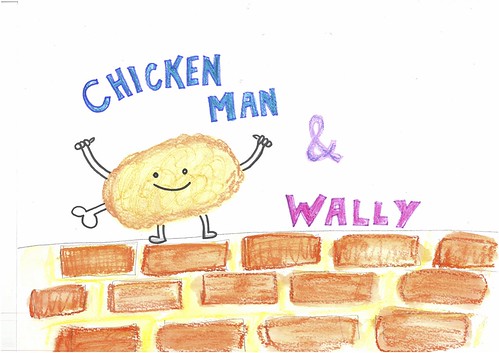 Many years ago, in a land far far away a chicken’s arm fell off and Chicken Man the chicken wing came to life.

Six million years later, a house got knocked down and all the bricks joined together to form Wally the Wall.

Wally the Wall saved Chicken Man from being eaten, and then from then on they became friends.

“Hey Wally, do you want to visit the Chicken Palace with me?” asked Chicken Man.

“What’s the Chicken Palace?” replied Wally, “I don’t know what you’re on about.”

“It’s this!” said Chicken Man as he opened up a big map.

It was a map of Marvenus, a planet in the solar system, a journey of six days, twenty three hours, fifty nine minutes, and fifty nine seconds. 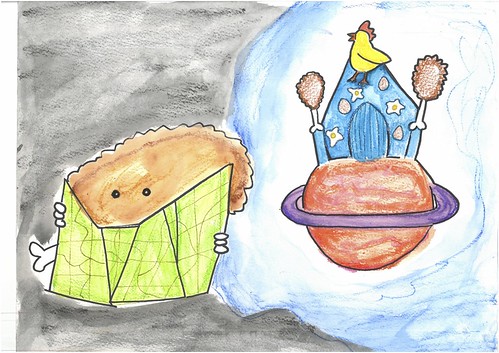 Wally was gobsmacked. “I’ve always wanted to go there, too. I just didn’t think you wanted to go.”

Chicken Man was so excited he did backflips and his batter almost fell off.

The next day the two friends were walking around when they saw something strange on the ground. Wally the Wall did a bellyflop and suddenly a spaceship popped up out of the ground.

“Wow!” Wally the Wall was gobsmacked once again. “This could be our ticket to Marvenus!” said Chicken Man and he started to sing:
“We’re going on a trip in our favorite rocket ship, zooming through the sky, little Chicken Man!”