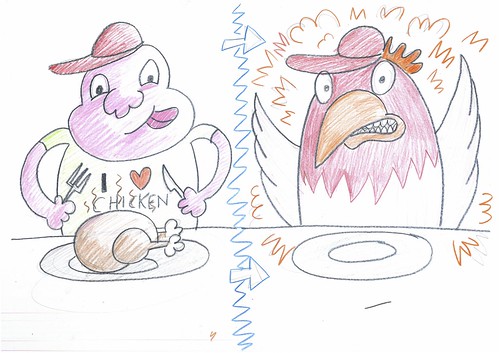 Marla worked in a tub of chicken. Someone took a bite out of Marla and she had to go to the food hospital in Fridgetown.

While she was in the fridge, Bob opened the door to look for Timothy (the hot-dog flavoured milkshake) and a spare piece of chicken for the meal he was selling.

Over the days, he started growing feathers and three days later he turned into a chicken.

A few days earlier, he had been at the back of the Chicken Fries Hut and he saw an old cupboard with a sign that read: DO NOT OPEN. He had opened it without seeing the sign.

There was a potion inside that said CAUTION: CHICKEN DANGER. It fell on him and knocked him unconscious. 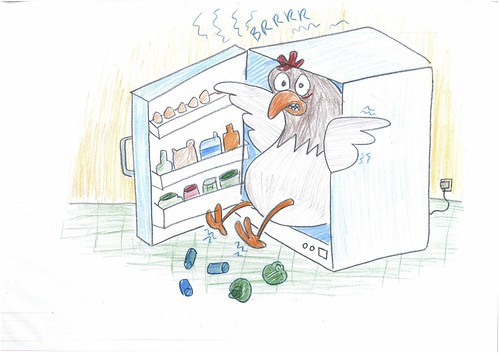 When he woke up, he had forgotten everything that happened and went back to work.

Now, it wasn’t going very well, saving up for the iPhone 7+, because Bob had to go in the fridge.

Also, he didn’t have any thumbs to use the phone...