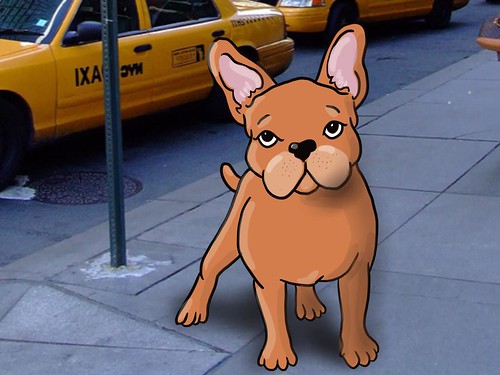 Christopher was a stray French bulldog in New York. He ran around the streets all day.

One day Christopher saw an open door to a house. He ran inside.

In the kitchen, he saw the Ma, the Da, a baby and a ten-year-old boy. They were shocked.

The ma went out to the door to see who owned the dog. “I’m a stray dog,” Christopher told them.

The family were shocked again because Christopher was talking to them.

“Can we please keep the dog?” said the baby whose name was Jimbo.

Jimbo’s older brother, Martin said, “We can keep him until we find the real owners.”

Christopher said, “I’m really a stray dog. Could you be my real owners.”

The family started taking care of Christopher. They took him for walks and they played with him. Christopher was happy.

He was so happy that he wanted to be a human. 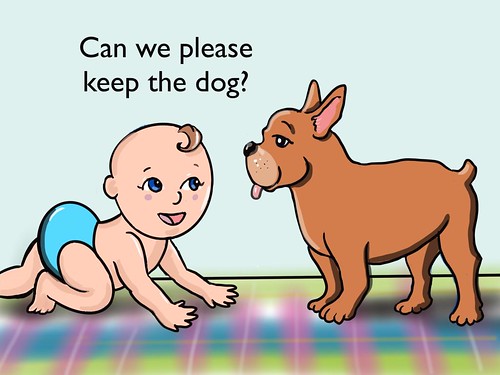 Martin and Jimbo told their parents about Christopher’s wish.

There was a magica obstacle course near the house where dogs could become humans.

Part of the obstacle course was in a dark room. Christopher was afraid of the dark. Jimbo helped him overcome his fear of the dark.

“The dark is not that bad,” said Jimbo.

He completed the obstacle course really quickly, but it was just a trial run. Christopher became a human for a day.

The family took him to all the places he liked to go when he was a dog.

Christopher knew he had to decide if he wanted to be a dog or a human...