The Chronicles of Leonardo the Trashcan Llama 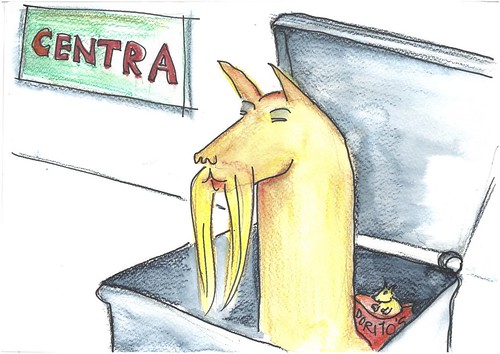 Leonardo the llama was sitting in his bin on the street beside Centra. Suddenly, he heard the Bin Man.

Leonardo immediately decided to get out of his trash can. As he left the bin, he brought a packet of Doritos.

Inside the bag was his best friend, Gilbert the Gerbil, eating Doritos.

The Bin Man emptied the bin just as Gilbert jumped out of the Doritos back into his bin because he felt it was safe.

Leonardo had hidden behind some other trashcans. As he was watching Gilbert try to escape, he saw his friend get thrown into the bin truck.

Leonardo found a spice bag and threw it at the Bin Man.

The Bin Man was blinded for a couple of seconds, which gave Leonardo enough time to get back into his trash can so he could give chase to the bin truck. 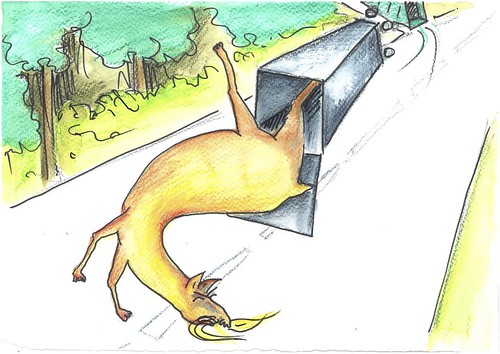 Meanwhile, in the truck, Gilbert found a packet of lettuce and started eating it.

He didn’t know what was going on. He thought it was an adventure.