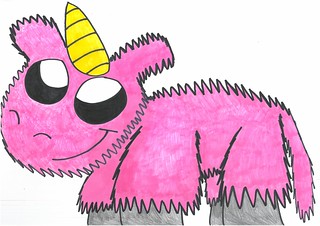 Once upon a time, there was a pink fluffy unicorn named Chubby. He had a best friend called Fur, the half-dog/half-bear.

They both lived in Candyland, which was made entirely of candy.

It was Fur’s birthday on Friday and Chubby wanted to organise a party for him. The next day, Chubby set off to get off the decorations. When he was coming back, he crashed into Fur.

Fur asked, “why do you have party decorations?” 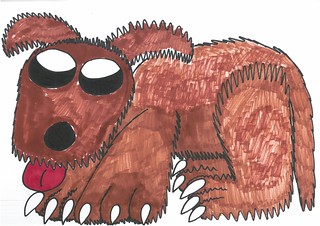 Fur felt sad because he thought that Chubby was forgetting his birthday. To make things worse, Chubby started running off quickly so he could start organising the party.

Chubby invited Fur’s family and Fur’s old friends. One of them, a fralien named Fred-Zed, brought a CD to the party and said, “Try this out!”

Chubby put the CD on and it turned out to be a Justin Bieber CD.

Chubby was like, “TURN IT OFF, TURN IT OFF!!” He was terrified of Justin Bieber’s music...