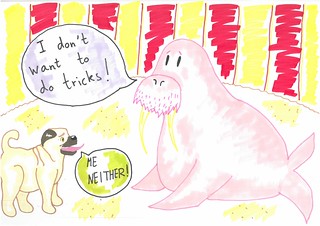 Jimmy the Walrus was stuck in the circus.

He was forced to do tricks but he didn’t want to.

His best friend, Edgar the Pug, was a circus dog. 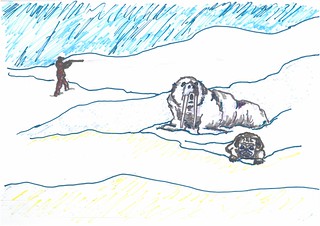 The other animals were mean to them becuase they were unique.

Edgar could jump in the air for thirty seconds and hold a bone on his nose.

Jimmy was pink and could unicycle across a mile long rope with a ball on his nose.

One day Jimmy and Edgar were talking about how they didn’t want to be in the circus anymore.

Suddenly something struck the area they were performing in: it was Jeff the Hunter!

Jeff the Hunter was a mean killer who really liked sandwiches made of walruses and pugs. 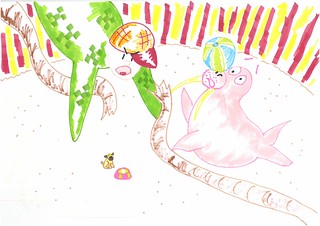 He was really tall and fat and he liked pug fur and walrus tusks. 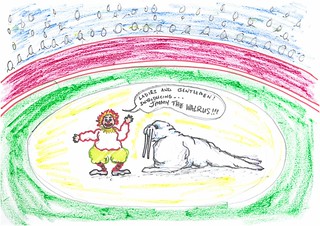 He was the best hunter around town.

He struck the tent in which Edgar and Jimmy were in with his body when he fell out of a plane.

When he fell, he fell on the line Jimmy was unicycling across and it snapped!