Skip to main content
Home Stories Colm and the Plane

Colm and the Plane 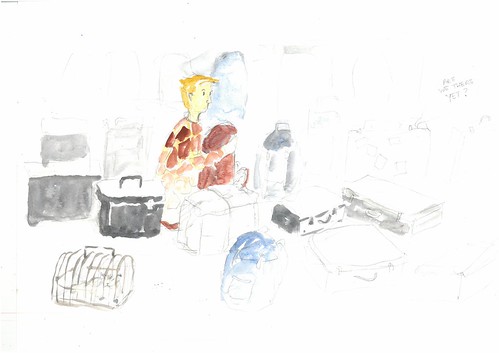 It was Colm’s first time on an aeroplane, but he didn’t know he was on a plane. It was a dark dark night. Colm was at the window seat, but was too tall to fit in the aeroplane properly.

Sylvia the medic, who was in the seat next to him - seat 47 - turned to him and said “Are you okay?”

“You are very tall,” exclaimed Sylvia.

The air hostess was walking past and Sylvia said to her, “Excuse me, he’s a giraffe and he’s too big to fit in the aeroplane.”

“We need to get him to a medic,” said the air hostess.

“How did you get through security?” asked the air hostess. “We’ll be arriving in Kenya in five minutes.” 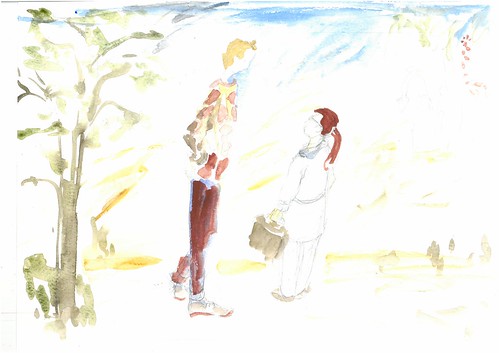 ​Colm fainted from shock after looking out the window. Sylvia took him to the hold to operate on him. He regained consciousness and Sylvia left him to rest.

Colm heard a noise coming from a suitcase. Bob the munchkin stumbled out and said, “Do you have any pickle worms? Are we there yet?”

“Are you really a munchkin?” Colm said.

“Are you really a giraffe?” Bob replied.

Bob said “Oh really? I’m not a munchkin. I’m just a really small guy with a belly as round as a cherry.”

Then Bob ran out of the back of the hold, shouting, “You’ll never catch me!”...