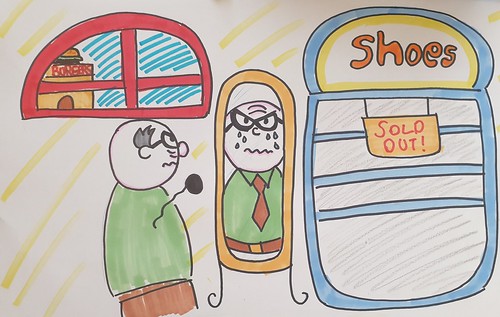 Mr. McCorey lived in a mansion on top of a hill. He was sixty-two years old.

He lived with his sister. She lived in the bottom of the house and he lived on the top.

Mr. McCorey was cranky because his sister lived with him. If she ever went to his floor he gave out to her.

On 22nd September 2019, Mr. McCorey’s sister went up to his floor. It was his birthday.

“Get out of my house!” Mr. McCorey shouted at his sister.

Her name was Emily and she wasn’t cranky like her brother. 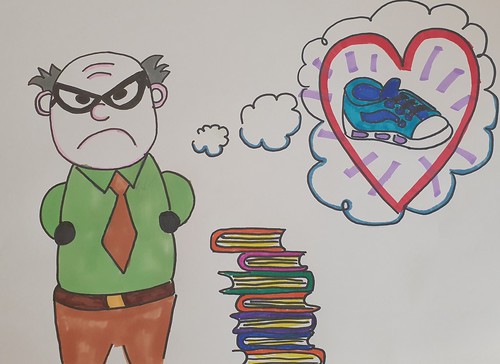 Mr. McCorey was also cranky because whenever he went to the shops the light-up Sketchers were sold out.

Mr. McCorey had his own light-up Sketchers but he lost them in a mirror maze. Now whenever he saw a mirror, he ran.

Emily had a pair of light-up Sketchers and she told him that he had to go to Dundrum to get his own.

When he got to the Sketchers shop, the light-up Sketchers were all sold out.

Mr. McCorey started to cry. He was disappointed that the shoes were sold out and he was scared of seeing his reflection in the big, gigantic mirrors.

On his way home, he passed by McDonald’s. In the window, there was a sign for a burger-eating contest.

The first prize was a pair of light-up Sketchers…