Skip to main content
Home Stories The Criminals and the Diamond

The Criminals and the Diamond 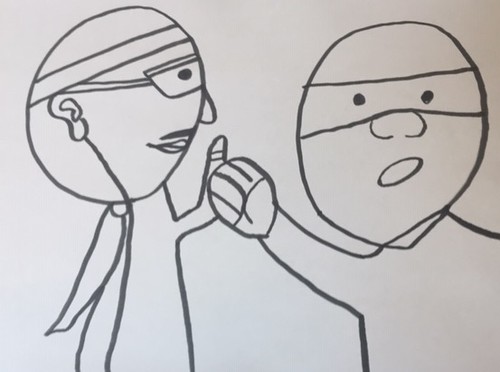 Greg the super-villain and Freddy the Criminal were robbing a bank. And then Eddie the super-hero came and they started fighting.

Then the superhero went away because he didn’t have enough power and the criminals went to their hide-out.

Then one of the cops found their hide-out and they were hiding and throwing fake paper guns at the cops.

They were also throwing fake paper bombs at the police because they thought that that would make them run away - but it didn’t.

Freddy the Criminal and Greg the super-villain always tried to run away from the cops but the police always caught up. 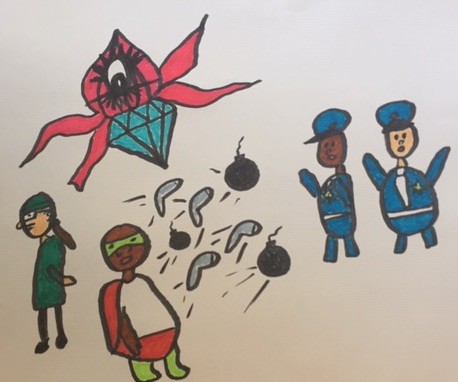 When they were sleeping, a big monster came and tried to take their diamond…