Skip to main content
Home Stories The Curse of Bananas

The Curse of Bananas 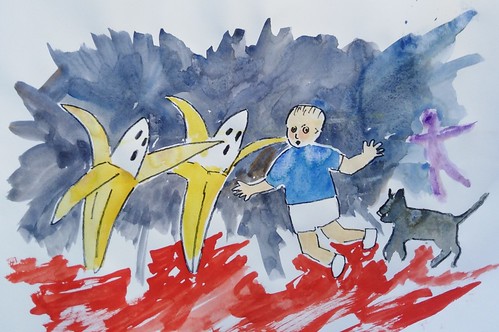 Once upon a time there was an orphan called Bob. He didn’t know much but he knew that bananas were the scariest thing in the world.

He had been in Dublin Orphanage since he was a toddler.

Bob was in the orphanage because both of his parents slipped on a banana and hit their heads!

Then, one day, Duffy the Dog came along and found Bob at the orphanage. He was a dog from his childhood.

When Bob heard Duffy’s voice, he remembered all of the good times. As he looked into Duffy’s eyes, he saw that his dog was in every good moment.

Bob snuck the dog into his room.

Suddenly, he had a flashback of the last time he saw Duffy. He remembered his parents in the hospital when he was taken to the orphanage and Duffy ran away. 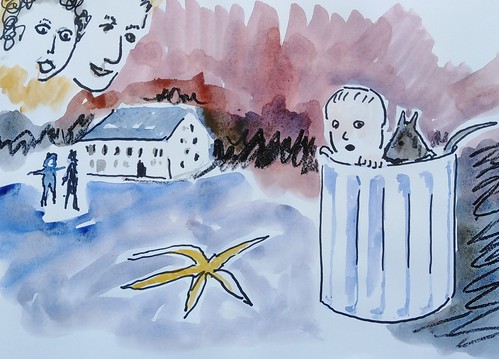 “There is tonnes to explore outside the orphanage!” said Duffy. “Let’s go on an adventure.”

As they were leaving, one of the orphanage workers noticed that Bob was gone.

Bob and Duffy hid in the nearest trash can.

“We need to make a plan,” Bob realised he was in trouble because he left.

Bob didn’t know what he was going to do but all he wanted was a family.

All of a sudden, somebody opened the trash can...