Dabby and his Great Dab Adventure 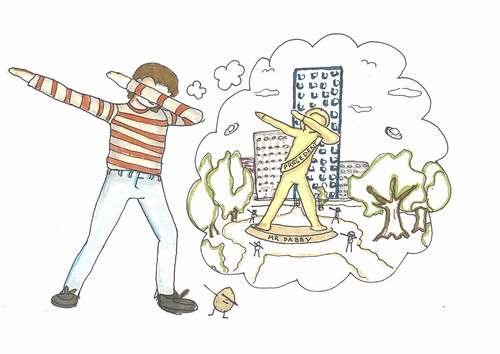 Once there was a boy called Dabby. He lived in an alien universe with lots of other crazy things like uni-llamas and li-gers.

One day, Dabby was at home listening to a song on YouTube.

He was dancing in front of his new mirror in his room and he invented a new move.

“I’m going to call this the dab!” Dabby thought. He went outside to Potato Park to show people how to dab. But nobody would dab and he got angry.

Dabby started walking. He was listening to music on his earphones and thinking about how he wanted to share this dance move with everyone.

Suddenly he saw a potato walking towards him and the potato was dabbing! 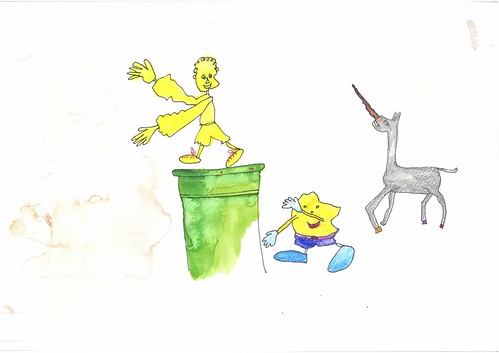 ​Dabby said, “What are you doing?”

“I’m dabbing! You made it up, you should know,” replied the potato.

“My name is Jackie. What’s your name?” the potato said. 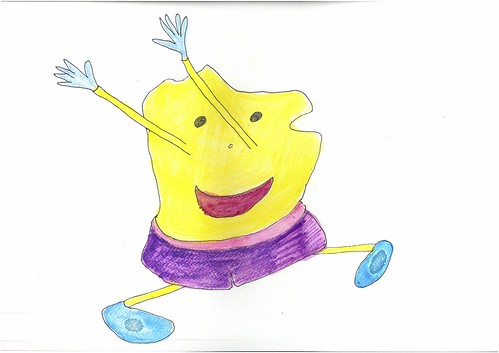 “My name is Dabby, that’s how I came up with the name for the move,” Dabby said.

Dabby told Jackie that his greatest wish was to become president and have a golden statue so everyone would know the move.

“But who is going to build it?” asked Jackie. “Maybe we should put a band together and show people first...”