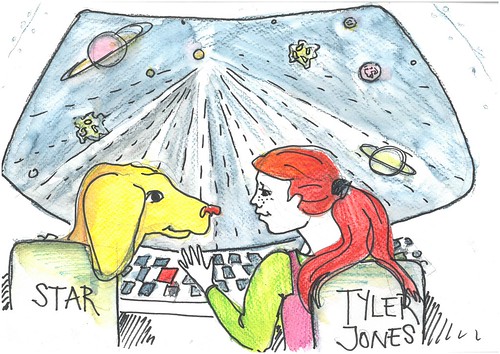 Once upon a time there was a girl named Tyler-Jones.

Her dad worked at NASA and let her go into a rocket with her dog named Stars.

When Tyler-Jones pressed a red button, the rocket launched into space.

Tyler-Jones thought the place was really cool, so she wanted to find a new planet while she was there.

So Tyler-Jones stopped on Mars and met laser-eyed aliens.

Tyler-Jones said, “ Hi! Have you seen any planets that are not famous?”

The aliens asked her, “Do you want to come with us to the planet we live on?”

“Yes, thank you! Can my friend Stars come along?” replied Tyler-Jones. 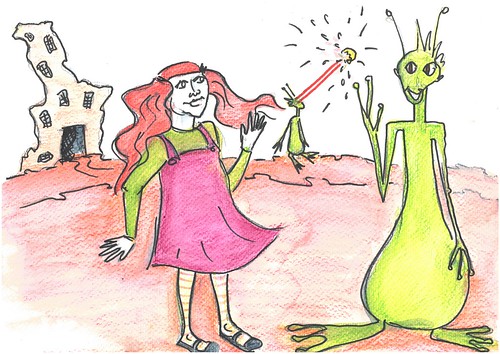 They all went to a weirdly shaped big building and they went inside.

The aliens said, “Look in that room - the planet is in there!”

Then they pushed Tyler-Jones in and locked the door behind her.

She cried, “Why are you doing this?”

One of the aliens said, ”A scientist from earth killed our leader!”

Tyler-Jones said back, “I will help you find him and help you out….”