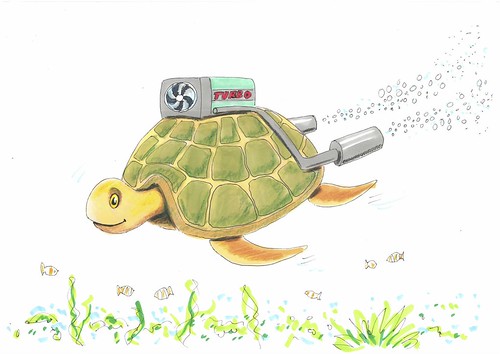 One day, a huge turtle called Danny was swimming around the Barrier Reef.

Danny went onto the beach and looked around.

Someone threw a stick of dynamite and it landed right next to Danny!

Danny kicked it into the water and the dynamite thanked him.

The stick of dynamite gave Danny a piece of string. Danny tied the dynamite to him so they could swim together and they became best friends.

The dynamite’s name was Big Bomb. He was so happy to have a friend that he turned red and almost exploded. 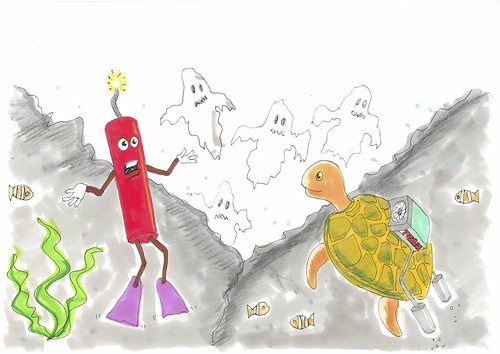 Danny told Big Bomb what his greatest wish was.

“I’ll soon die if I don’t have water cannons stuck to me,” said Danny.

“Are you crazy? Water cannons stuck to your back??” asked Big Bomb.

“Yeah, I really want them but I can’t get them here because of the ghosts around the Barrier Reef.”

“Okay,” said Big Bomb. “I know where you can get them, but you’re going to have to leave your family for a month.”

Danny wasn’t so sure about leaving. There were so many ghosts and shadows around...