Skip to main content
Home Stories The Day of the Llamalympics

The Day of the Llamalympics 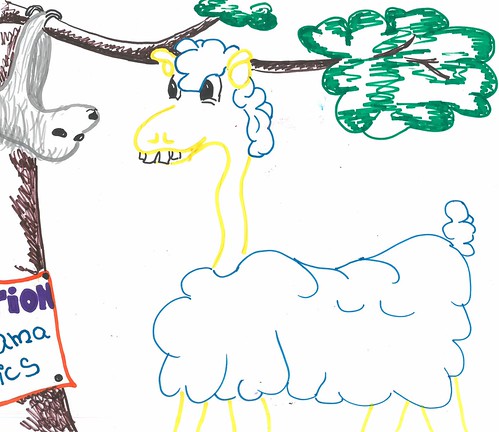 There was a Llama who lived in a tree. One day he met a sloth in the tree that was eating leaves.

The sloth’s name was Timmy, and they became best friends. Lo Llama was afraid that he was going to grow a unicorn horn, as then his friend Timmy wouldn’t like him.

One night he dreamt of winning the Golden Toilet- he had seen a poster on his tree that day. The poster had said that there was a competition.

“There is a competition going on in the rainforest, and the fastest animal wins a golden toilet,” Lo Llama said to Timmy as they sat in their tree-house in front of the T.V, “You’re not going to be great at it, as you’re so slow!”

Just then, Sassy Llama walked by the window and said: “You’re not going to win the competition Lo, you’re as slow as a sloth!”

“It can take forever to get into the Llamalympics,” said Timmy.

“All the llamas from all over the world travel to run in the Llamalympics,” said Lo.

Then, all of a sudden, Sassy Llama came up to the tree-house, and Lo and she started fighting about the race: they both wanted to get into the llamalympics.

Timmy threw a giant apple at Sassy Llama, and she tripped over her dress, ripped it and fell out of the tree. 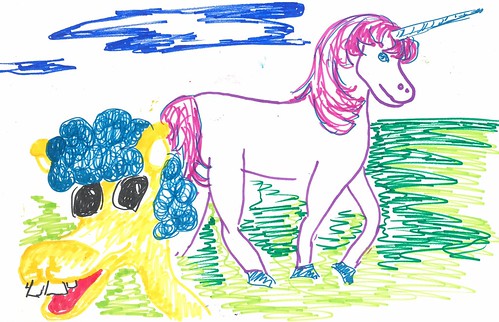 “That’s what you get for waking me up when I’m trying to sleep!” Timmy roared.

“Whatever. Now I need a new dress,” mumbled Sassy llama.

“Nothing,” said Sassy llama, and walked off.

The next morning, they made their way to the Llamalympics practice day.

They walked up the stairs, and had to do a speed test: if you were slower than 1km/h you weren’t allowed in!

After the speed test, they saw a unicorn, and Lo ran away because he was afraid of the unicorn horn.

They were just getting ready to run, when they realised it wasn’t a practice, it was the real thing…