Skip to main content
Home Stories The Day of the Pig

The Day of the Pig 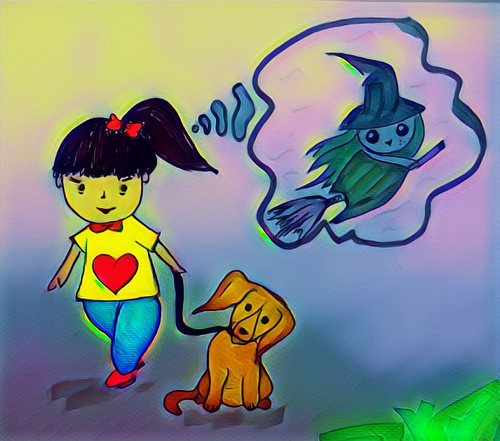 Anna the Girl was being chased by a pig. She had no escape, unless she was to climb into a tree and stay there until the pig was gone.

Her heart was beating, the hair on her neck stood on end. She was waiting in the tree for hours until the pig left.

When she was younger, she had been bitten by an angry and depressed pig which was why she was so scared of them!

But then, magical colour flew out her hand and the pig vanished.

She was very relieved that the pig had gone.

After the pig left, he went home to the farm to play with her best friend, Cookie the Black Labrador.

She had always wanted to become a witch so she could erase her fear of pigs.

She watched Cookie muck out in the back garden and bark obnoxiously loudly.

Anna began to tell Cookie what happened but another colourful trail came out of her hand. Cookie started talking! 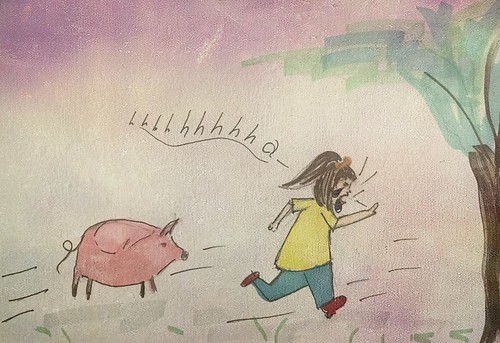 Anna stared into his eyes, he was very fluffy.

Suddenly, a rush of wind went over Anna and the sky went black.

A pink tornado formed in the sky and it came closer and closer until it consumed Anna and Cookie...