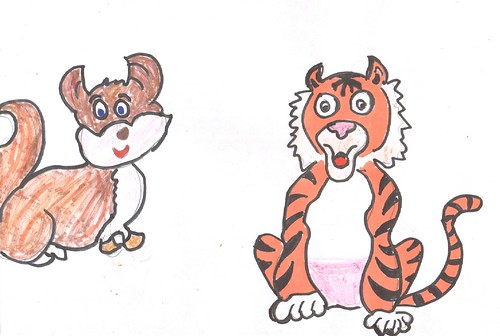 Once upon a time there was a tiger called Stripes.

He lived with his best friend Speedy Sly the fox.

One day they went for a walk and Stripes saw his enemy Alex the muscley lion.

The lion was nice but Stripes thought that he was evil. 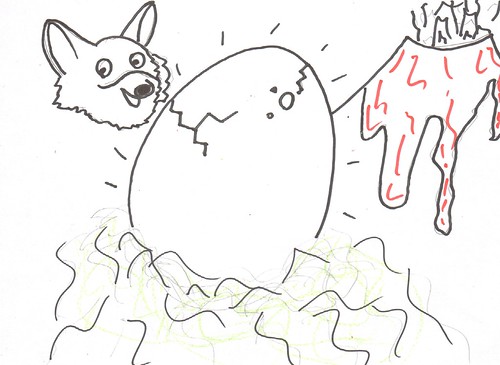 Stripes hit Alex and then they started a fight.

Speedy Sly the fox tried to stop them.

“He is not evil”, the fox shouted. “He betrayed you.” Stripes shouted.

Alex the muscely lion escaped and ran away, far, far away!

Speedy Sly and Stripes chased him into a maze.

They lost him but found his home and a dragon egg that he was keeping there.