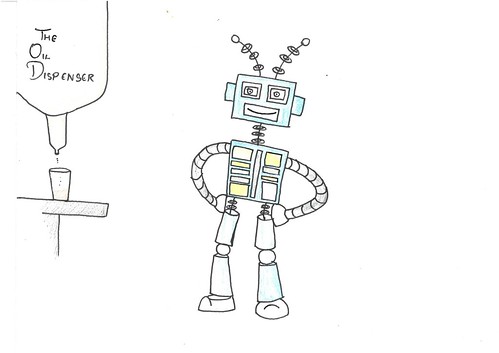 Once upon a time, there was a dog called Diego. He lived in Neverland, which was far, far away.

He lived in a time when there were pixies and gnomes but he still didn’t have any friends. Diego was feeling lonely.

One day, Diego saw a black cat lurking in the bushes.

“Are you hungry? Would you like some food?” Diego asked.

“Meow – don’t come near me!” hissed the cat, whose name was Phoenix.

The cat’s eyes were too much for Diego to ignore. He felt afraid. Diego ran away.

Diego ran all the way home and went to bed. In his dream, Diego imagined a fairy godmother who welcomed him to her world.

“If you go down to your local, you will find love there.” The fairy godmother said.

Diego woke up and realized that he was hungry. He decided to go to his local pub and get something to eat and drink.

When he got to the pub, Diego ordered steak, onion rings, chips, a big bone, dessert and a beer. 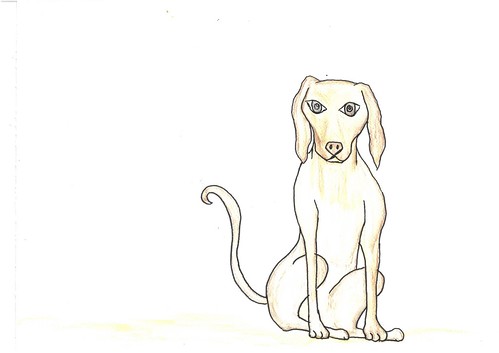 At the next table was a robot.

“Three-in-One oil from an oil dispenser,” replied the robot.

Ben and Diego started having a chat. They talked about what they liked to do and where they were from.

“Whose round is it?” Ben asked after a while.