A Different Kind of Chicken Nugget 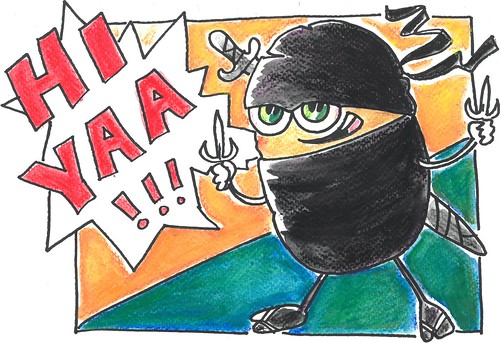 A long time ago, in a chicken butcher far, far away, the star of the story was processed.

He was a ninja but he was no ordinary ninja, he was Ninja Turner the chicken nugget.

A KFC truck came to buy the chicken nuggets but Turner somehow escaped and said “I want to unlock my true potential as a chicken nugget.”

He rolled off a desk and landed on a receipt which he made into his mask. “Now I can be a real ninja,” he thought.

Ninja Turner made a run for it out of the shop.

Turner was too distracted by the KFC van and wasn’t paying attention to where he was running.

He ran into a science testing lab. A very clumsy scientist trips over Turner and drops the greatest serum of all time. 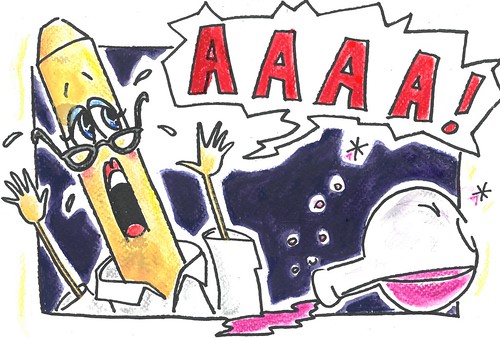 The bottle smashed and covered the chicken nugget in the serum.

The scientist was really stressed and hungry so when she saw Turner, she said “I need to stress eat.”

She picked Turner up and Turner kicked her in the mouth.

The scientist turned into a French fry.