The Donkey with the Long Nose and the Rabbit 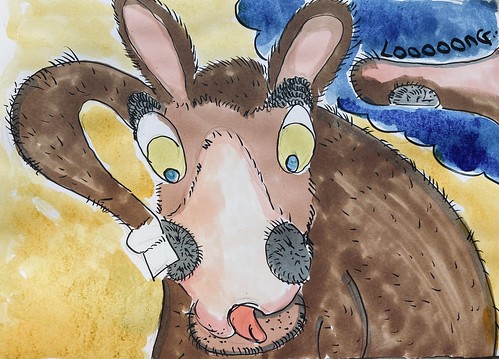 Once upon a time there lived a donkey named Mr. McDonkey. He was always into the toilet to talk to himself.

And he had a best friend called Carrot the Rabbit.

Once he was in the kitchen, he liked to eat carrots. But sometimes Carrot the Rabbit steals the carrots.

Carrot the Rabbit always ate carrots before he went to bed.

One day Mr. McDonkey went to the river to drink water and he fell into the river and got a long nose. He thought his nose was a carrot so he bit his nose.

He saw a baby and he got scared and he swam down the river and he started running down hill because there was a baby and he fell. 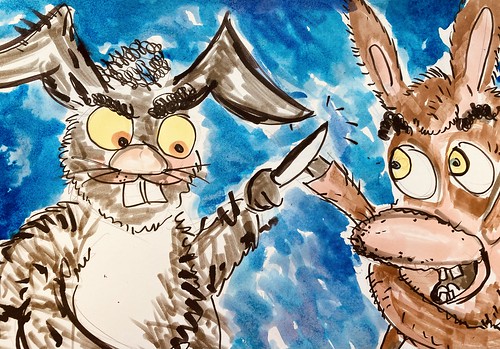 Once he stopped falling, he kept on slipping because his feet were wet and his nose got stuck in a hole at the end of the river.

Then Carrot the Rabbit came and he said, “Ha, ha, ha!”

He pulled a knife out of his pocket and cut his nose off.

Then his nose grew back this time longer and longer all the way to China...