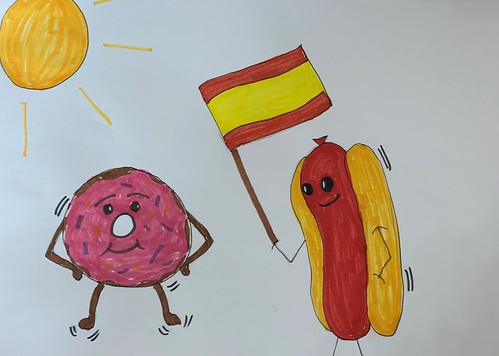 He loved the hot weather!

“Oh no! Help me please” said Donut Man. He was getting really hot and he noticed that his pink frosting turned brown.

“Oh no! you might have to jump into a bucket of pink paint!” replied Mustard.

Suddenly, a little boy came over and picked them up. He licks all of Donut Man’s frosting off.

Donut Man turned stale and frayed a little bit. The little boy put down Donut Man and ran away with Mustard.

Donut Man tried to talk but he couldn’t because he was so stale. 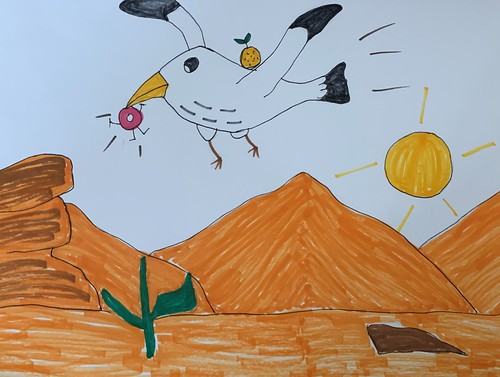 Out of nowhere a seagull and a grapefruit passed by, looking for food at the bakery that was nearby.

They spotted Donut Man lying on the ground.

The seagull picks Donut Man up in his mouth and the grapefruit hopped onto the seagull’s back.

Donut Man started to wake up from his staleness as he began to get fresh again. He realised he was in the seagull’s mouth.

The seagull got a fright and dropped Donut Man in a desert.

“See ya later” said the seagull.

The seagull stopped and turned to Donut Man, who he knew from living in the city.