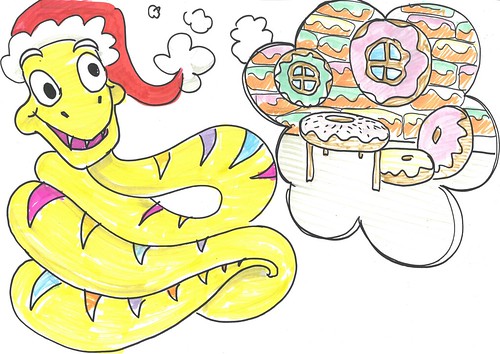 Once upon a time there was a snake who was Santa’s Helper. His name was Ben.

One day, Ben met his best friend Bob the Slug.

They went outside to play in the snow but then a snowstorm came. 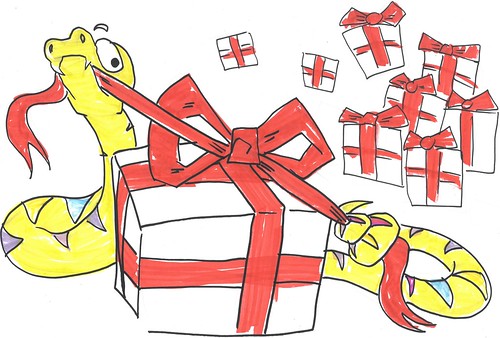 Ben’s house fell down in the storm.

When his house blew down, he decided to try and make a doughnut house.

Ben had to get loads of doughnuts. 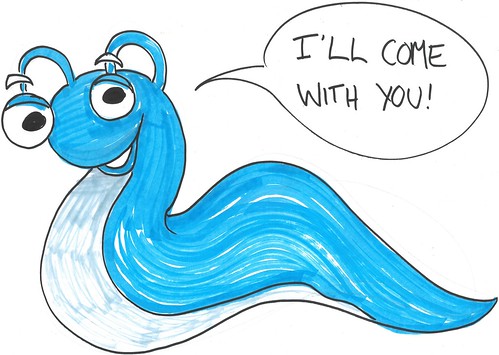 He had to go through the scary vegetable forest to get to the magical doughnut forest.