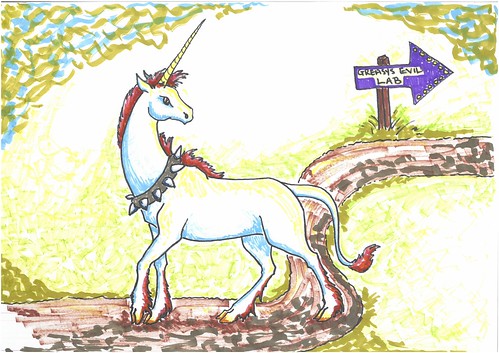 Once upon a time, there was an evil unicorn named Dude. He wanted to rule the world! He lived in a dark and dingy house.

He was afraid of superhero zombies because they were so gross. His best friend was a puppet master!

One day, he had an idea to rule the galaxy and the world. He decided he would kidnap a mad scientist named Greasy McGreaseman.

Dude’s Puppet Master friend was going to help him by making him an invisibility potion.

The Puppet Master made the potion, but it was stolen by an evil dog, who then drank it and became invisible!

“Oh DARN IT!” cried Dude. “How are we supposed to get my potion back if I can’t see the dog?”

The Puppet Master replied, “Don’t worry! I can still see the dog, even if he’s invisible to you. I can get the potion off of him!”

Dude thought about this offer for a little while, but decided that he could get to Greasy McGreaseman’s evil lab without the potion. 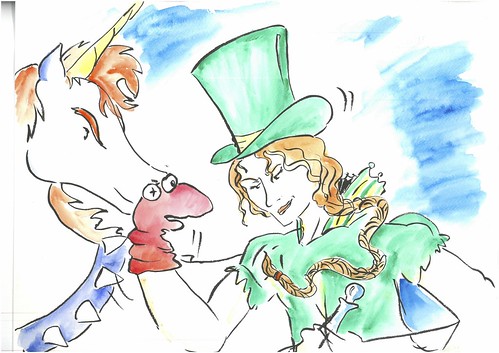 “I’m going to try it without the potion” said Dude.

“Well I’m going to try and get it back anyway because it was my favourite bottle!” said the Puppet Master.

Instead, Dude decided to use his unicorn magic to turn himself into Greasy McGreaseman’s lab assistant so he could sneak into the lab.