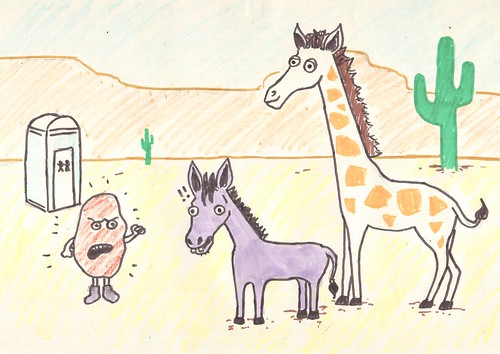 One day Edward the giraffe found a pig. Edward took the pig for a walk but he was too afraid to talk to him.

Then they met Sven the donkey. They got lost in the desert where they found Daniel the donkey. 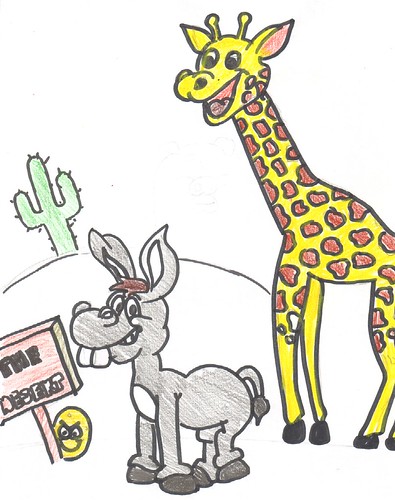 Edward and Daniel start talking together and forget about the pig and Sven.

Then they saw Jim the potato coming towards them.

They ran away but Edward lost Daniel the donkey and found the pig and Sven again.

Sven started to guide them out of the desert. But first they went to the toilet.