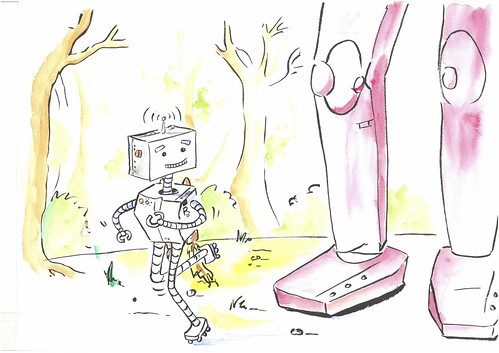 Once upon a time there was a robot called Reckpack. He lived in a volcano.

One day, he decided to go to a Chinese shop to get a fortune cookie. His fortune cookie said that he would be rich in the future.

“I need to go to the future!” said Reckpack.

He went to get Supereon the Giant Robot in his home in the forest.

“Supereon, I need your help to get to the future,” said Reckpack.

“Sure, no problem!” said Supereon.

Supereon used the machine in his brain to open a portal to the year 4016. They went through the portal to the future. They appeared in Reckpack’s house, which was now a mansion. 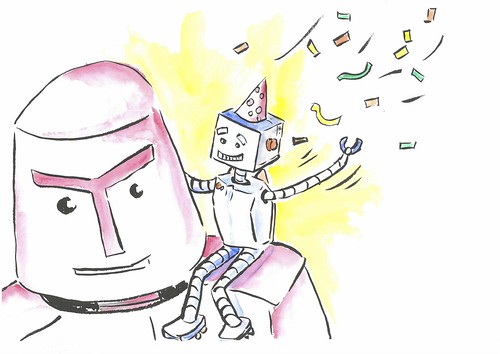 ​Reckpack decided to throw a party. After the party, it took him three hours to clean up. Suddenly, he got a phone call from his father.

“Supereon has been captured and turned evil! He’s destroying the entire city! You need to stop him!” said his father.

“Can you help me?” Reckpack asked. “Supereon is much stronger than me, and he might have Electro-lava!”

Reckpack grabbed all of his tools and met up with his father in the city.

“We need to sneak up on him,” said Reckpack. 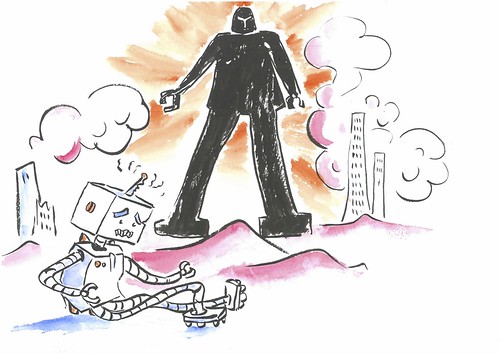 They went to hide behind the house but Supereon found them and hit both of them with a tree. They both fainted.