The Epic Adventure of Sarah and Wallace 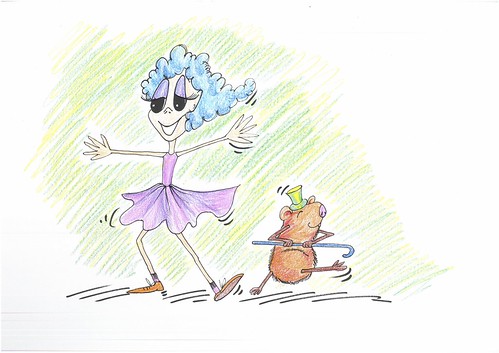 Sarah was a 12-year-old girl who liked tap dancing. She wanted to get better at tap dancing because she was really bad.

She had a hamster called Wallace who was her best friend. He was a professional tap dancer.

One day, Sarah and Wallace went to McDonald’s because they were hungry. Wallace the hamster was hiding in Sarah’s bag.

Sarah ordered two Happy Meals and a McFlurrys. She put Wallace into one of the Happy Meal boxes.

Sarah was just about to eat a french fry but it looked very bizarre.  Suddenly, it screamed!

Sarah was worried because this french fry could talk.

“HOW can you talk?” she asked. Then she began to recognise that it WAS her old friend, Michelle. 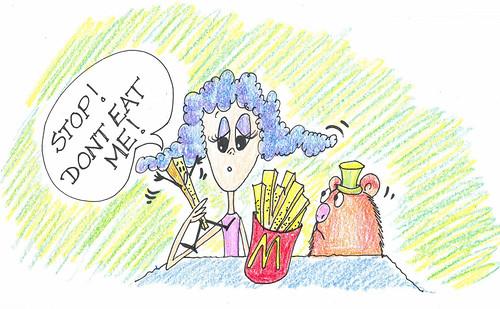 Meanwhile Walace was trying to climb out of the Happy Meal Box to see what was going on.

“HEY!” he said to Michelle. “There is  chicken wing coming up behind you!”

The chicken wing was old and mouldy. He had an eye patch and a gold tooth and a pipe.

Sarah screamed. Then she said, “WHAT’S GOING ON?? Is this a PRANK?”

Michelle the french fry jumped back in fright.

“That’s Henry, the chicken wing! He’s coming after me!”

Sarah quickly put Michelle into her straw and shot her across the restaurant onto the street. Henry the sinister chicken wing hopped out after Michelle.

Sarah and Wallace quickly followed behind...