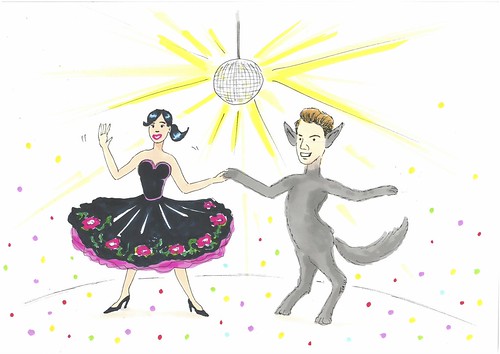 One morning Ama was singing and dancing in her house. She was listening to Moby and Justin Beiber.  She was in great form.

Meanwhile, her best friend was at home. Scott was half-wolf and half-boy.

Ama texted Scott to see if he wanted to come over for a dance show. Ama was practicing her dancing for the Eurovision auditions.

Ama was getting ready for her audition which was on Friday at the Three Arena in Barcelona.

“Wait ‘til I tell you,” said Scott, “I found something really weird on the way over here.” 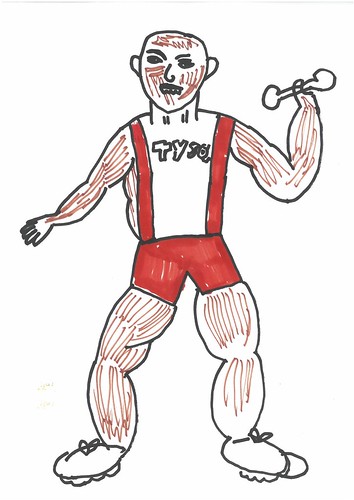 Scott had seen a poster on the wall.  A famous wrestler, Tyson, was coming over and wanted to audition as well!

Ama was worried and shaking and began to cry a little bit.

“It’ll be alright,” said Scott, “He mightn’t even be a good singer!”

The next morning they went to the auditions together on the bus.

Ama got her number.  It was 32.  She then had to wait until she was called in to the audition.

Ama did quite well in her audition and was pleased. 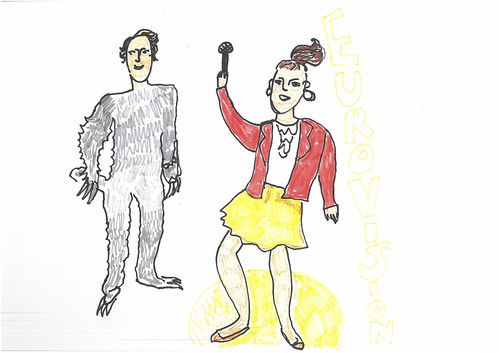 The judges were happy with her audition as well.

Just then Tyson walked in.  He had big muscles and was huge.  Even his head was huge! And his ego as well! He had an aura of menace.

“You’re a really bad singer.  You’re never going to get to the Eurovision.” He said to Ama.

Ama started to cry.  But Scott stuck up for her and gave her a hug.

Ama was shocked but she was also happy.  She was blushing.
“You’re my super hero.” She said to Scott.

Tyson’s audition went really badly. The voice that came out of him sounded like a squeaky five year old girl. 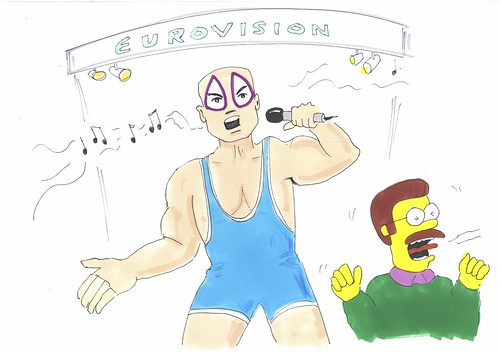 The judges said, “You are everything we’re not looking for.” And laughed through the whole audition.

The judges then turned to Ama and said, “Ama.  You are a super singer and we’d like you to go through to the next round! Good luck!”

Scott and Ama went out for a meal to celebrate. They had paella and tapas and a few chips as well.