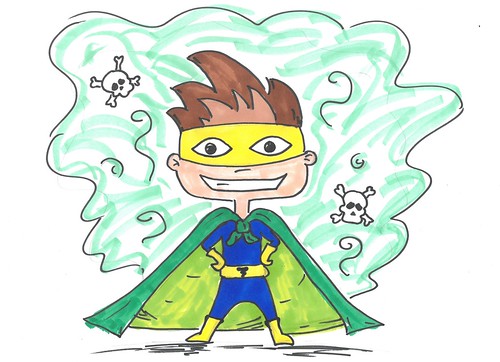 One day Billy Bob decided to go to Taco Bell.

He went alone on his motorbike.

At Taco Bell, he ordered a really spicy taco with black beans, pepper, jalapenos, ghost peppers and everything spicy.

The taco was too spicy and Billy Bob didn’t really like it, but he did eat all of it.

Billy Bob was sick and when he woke up the next morning, he was a superhero. 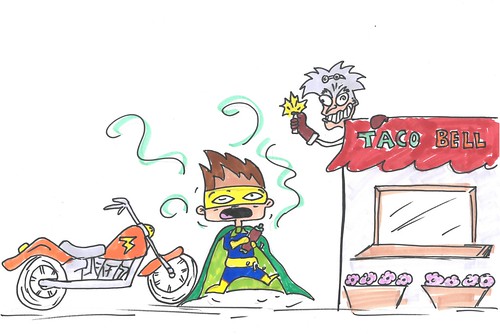 He wanted to defeat his enemies, Taco Bell and Evil Doctor Billy Rob.

Doctor Pepper got out of bed and saw himself in the mirror.

He now had a beard, green, red and black hair, and a cape and a toxic smell. He also had a jetpack beside his bed.