Excuse Me Where's My Child!? 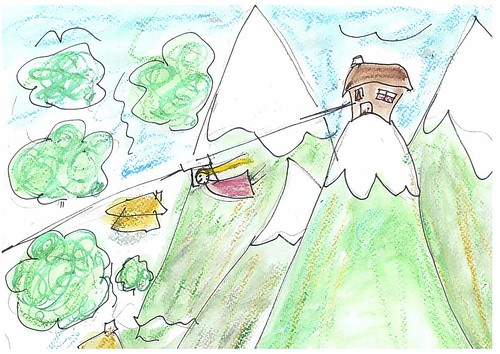 Miss Sparkles lived on top of Mt Everest. It was shaded by woods that many of villagers were surprised were growing.

She was bad....very, very bad. She had giant zipline going down to the bottom. Everyone in the village was afraid of her.

They were afraid of her because she kidnapped children. She was also a babysitter.

There were rumours that she was kidnapping children to make a people pie.

They all thought she was really creepy because she wanted to make a people pie. The villagers would whisper “See that hut up there don't ever go up there!”

Her one big problem was that she was allergic to children and because of this she rarely ever went out of her hut.

When she first moved into the neighbourhood they all thought she would be a wonderful babysitter because of her name.

Nobody really knew the whole story about her... All the children really wanted to know about her because their mums and dads wouldn't talk about her. 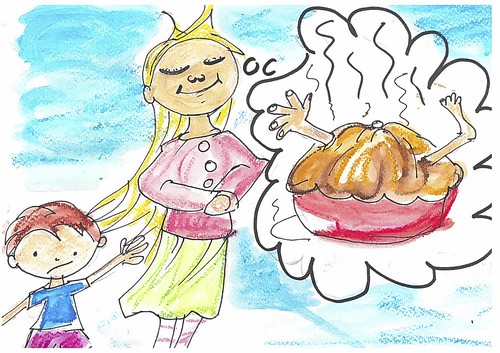 Sometimes the children got so curious that they knocked on her door, but they never came back.

One day the family next door asked her to babysit. They were new so they didn't know much about her and what she was capable of.

When the family came to collect their children she said they were not home.

The disappearance of the children was hushed up so that the government wouldn't get wind of her.