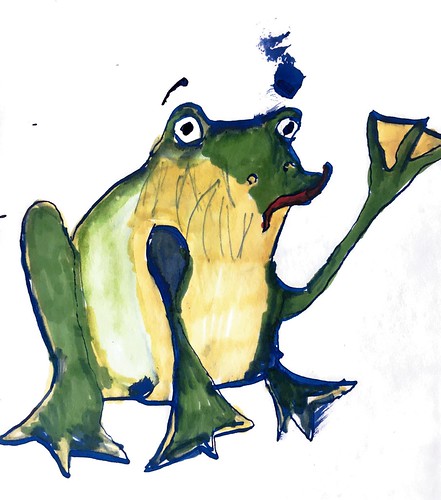 Once there was a frog named Merelda who lived on a farm with her best friend, Melvin the Goat.

Merelda had a great life as a frog, but she dreamed to be the first frog in Hollywood.

The other animals weren’t so nice to her, but Melvin was so supportive of her dream.

In fact, Melvin wanted to be a director in Hollywood.

One day, Merelda and Melvin noticed that there were animals missing.

“Let’s go spy on the people in that grey building,” said Merelda. “Are they using animals for testing?”

They were so shocked when they found out what had been going on for the last month.

Merelda hopped across to the control room. 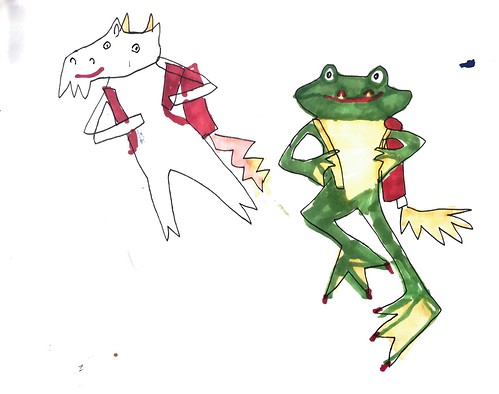 “Where are you going?” shouted Melvin.

“I have an idea,” replied Merelda. “If they can turn animals into other animals, why not frogs into people?”

“If they see you, they could do the same thing to you!” Melvin wailed.

The day was turning into night, and Merelda and Melvin were curious to see what would happen.

Merelda hopped over to a large bundle of something in the corner.

“Are - are they jet packs?” asked Merelda. 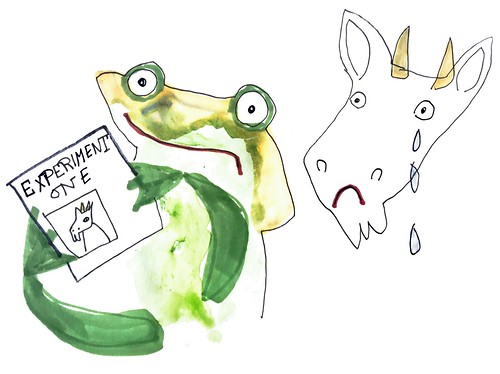 They flew on the jet packs to the plans and found a picture of Melvin.

“I don’t think we should be doing this...Let’s go back,” Melvin said with a demanding tone.

“Wait, what is this?” asked Merelda.

She wiped some dust from the corner of the picture and saw, in miniscule writing, ‘Experiment One’.

She turned to Melvin and, to her surprise, she saw tears streaming down his face...