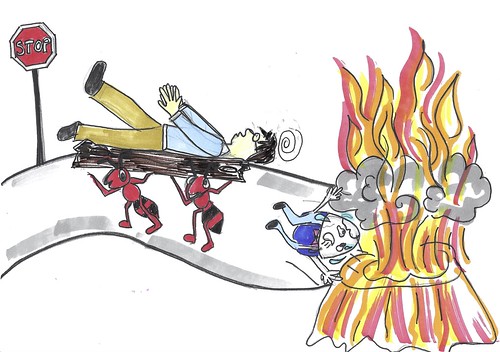 This story all started when Jeff and Humpty Dumpty were walking to work. Jeff saw a stop sign and fainted because it was red.

A huge explosion happened and out popped a tiny teeny ant. The ant got friends and carried Jeff to their hideout.

Their base was in a volcano. Humpty Dumpty continued to walk to the ballet place because that's where they worked.

Then Humpty Dumpty saw the volcano and he fell in and he became a boiled egg.

Jeff was walking along in the volcano and then he saw the lava and fainted because it was red.

Then Jeff slipped, he almost fell in the lava but the ant used his powers and moved a rock in Jeff's path. Jeff hit the rock and he was knocked out cold. 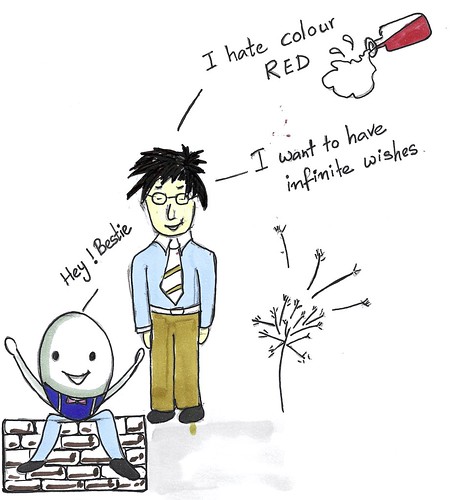 But Humpty Dumpty was not dead and he was also going back to his wall house.

Jeff and Humpty Dumpty were reunited and then the world exploded and everyone lived on Mars.

But then there was a fire pole and Humpty Dumpty hit his head on it. Jeff saw the red sign and then he swam further into the black hole...