The Extraordinary Adventures of Oliver the Olive 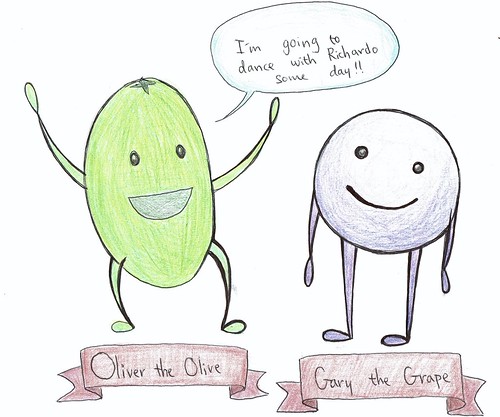 In an olive farm in France Oliver the Olive meets Gary the Grape. Ricardo the bodybuilder finds them in the kitchen and is about to eat them.

Just as he’s about to pop them in his mouth Ricardo remembers he’s late for a flight to Galway.

He drops Oliver the Olive and Gary the Grape and races off to catch his flight from France to Galway where he’s going to do some break-dancing.

Oliver and Gary love to dance and decide to set out to find Ricardo as they would like to break-dance with him.

To cheer him up Oliver the Olive and Gary the Grape ask Timothy “Would you like to come with us to Galway to find Ricardo?” 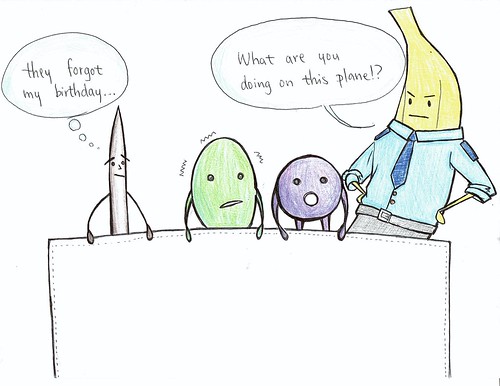 They explained to Timothy they were going to try and sneak onto a plane to get to Galway.

They have a great plan to do this, by sneaking into a passenger’s pocket.

Little did they know that Bob the security Bannana was hiding in the pocket.

Bob shouts “What are you doing here!”

When they explain their story Bob allows them to go free and agrees to meet with them another time.

Oliver, Gary and Timothy then jump into the pilots pocket to get to Galway.

A great success! Once they land in Galway they see a passing Tesco delivery truck and jump on to continue their jouney in search of Ricardo...