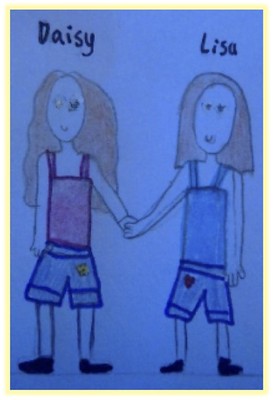 One day Lisa and Daisy were at the beach chilling out. Lisa was Daisy’s best friend. Lisa was super sporty - she had come first in every race on Sports Day, she was captain of the school football team and was always chosen first for everything…but her favourite sport was swimming. 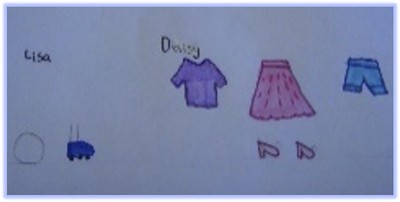 Daisy was Lisa’s best friend. She had a passion for art – especially drawing and designing clothes.

Daisy was not into sport, she loathed it. Her worst fear was swimming. When she was little, she had gone with her parents to the local swimming pool. Aged five, Daisy had bravely dived into the pool, but she lost her breath and became disorientated.

She had just about made it to the surface - any longer and she feared she could have drowned. So, from that day on, Daisy only ever got her feet wet.

Today was no different. Lisa tried to get Daisy into the water. “At least go into your knees,” she pleaded, but nothing would work. Daisy just shook her head in reply to Lisa’s begging.

As the girls were building sandcastles, they heard the sweet sound of an ice cream truck.

They wildly waved at the driver to catch his attention. The girls pulled out their pocket money and raced over to the truck and ordered two super-sized Mr Whippy cones, with sweet strawberry sauce, extra sprinkles, marshmallows and a crumbly flake. It was truly the best day ever!!! 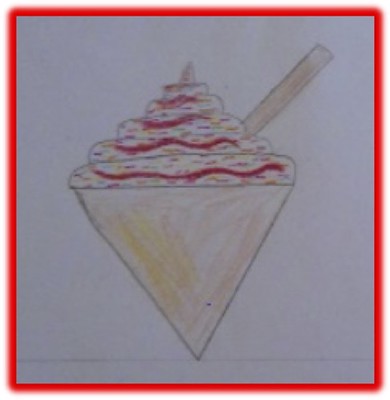 As they were slurping happily at their ice-cream, Lisa and Daisy heard a deafening roar from a little boy.

Out in the sea, they could see a little boy had fallen off his LiLow and was grasping onto it.

Everyone stood still for a moment, staring at each other wondering what they should do. Lisa threw down her ice-cream and quickly ran to the water to try to save the boy. 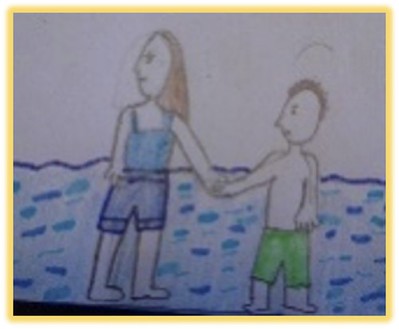 Everyone stood staring as Lisa attempted to save him.  She tried to pull him back to shore but she couldn’t, he was just too heavy. She needed help.

Daisy knew she should try and help but she was too afraid.  She had frozen on the beach.   Lisa called and called for her. Daisy’s greatest wish was that she could help and could walk across the water - but she couldn’t. The memory of nearly drowning kept coming back, but then she thought,

“Why am I so afraid! I have to help! I can do this. I have to do this…face your fears!”

Suddenly, Daisy started sprinting down to the water, running as fast as she could. She was sweating and panting. When she reached the water she furiously began to swim. It had been so long since she had swum that she nearly had forgotten how to do it. 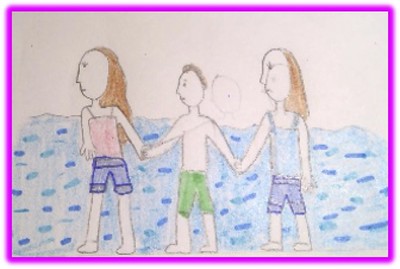 A lifeguard had recently visited their school and had described to them how to save someone and bring them back to shore…but it was a two-person job.

When Daisy reached Lisa and the boy, she knew she didn’t have much time because they were starting to get tired.

The girls nodded at each other and knew what they had to do.

They grabbed the boy by his arms and turned him over to make sure his head was above the water. 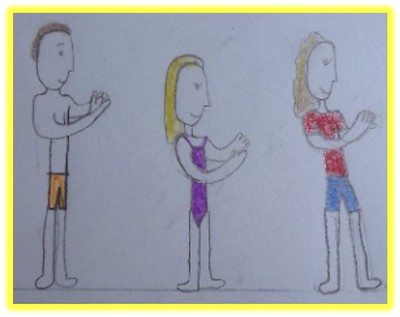 They began to swim back to the shore and when they were halfway, they met the lifeguards who took the boy from them.

When the girls reached the shore, they heard clapping and cheering – suddenly they knew who it was for…

From that day on Daisy was never afraid of water but she still didn’t like it.