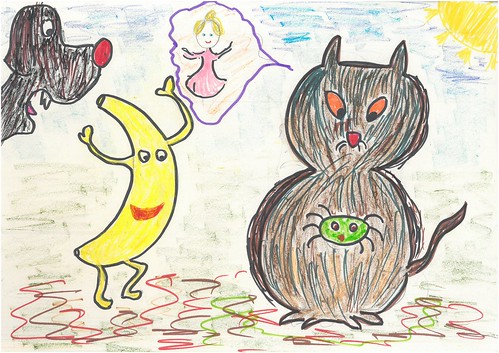 Once upon a time there was a dog called Tutu the Killer Dog. Tutu is a killer cake-maker. But he also kills cats and fish to eat.

They met in a haunted house earlier today at twelve o’ clock.

They were bffs because they both hated Tutu the Killer Dog who had killed a cat down in a lake.

‘I want to save Layla the Fairy so that we can use all her magic,’ said Spider the Killer Cat in a viciously evil way.

Layla the Fairy started to fly away. Killer went racing after her.

Then they realised that they were both being chased by …