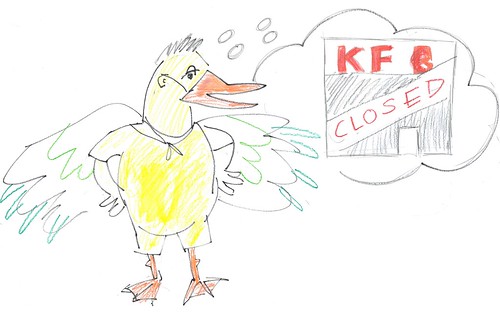 There was once a duck named Ducky. Ducky was a very small duck at first.

He wanted to be the biggest duck in the world.

Ducky grew up in a sugar cane field in Papua New Guinea with his best mate Phillipio the Banana Bird.

One day Ducky accidentally swallowed a radioactive fly and got bigger. 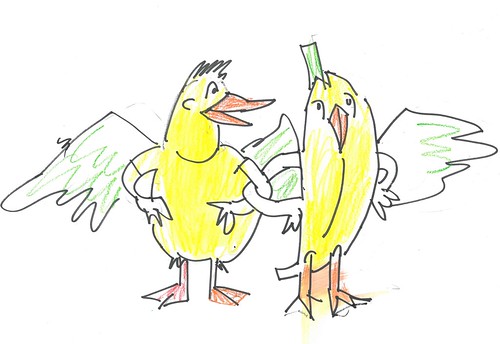 Ducky realised that every time he ate something he got bigger.

The farmers wanted to have Ducky for dinner.

He knew he had to get out of there. 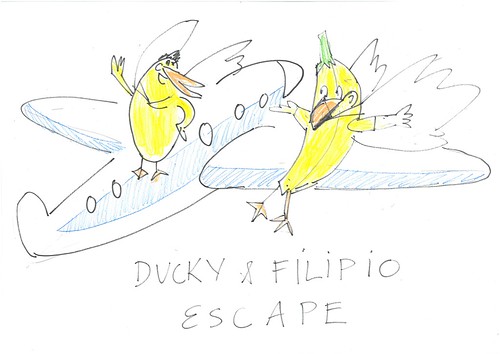 The farmers came to KFB and captured Ducky to bring him to China.

Ducky knew he couldn’t get out, so he called his friend Phillipio.