The Fight for King Chicken 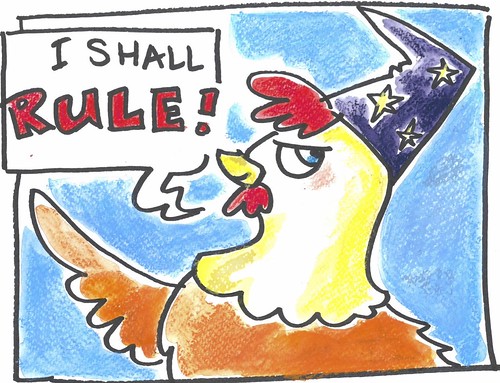 Once there was a chicken called Super Magic Wizard Chicken (his friends call him SMWC). His best friend was Billy, the normal chicken.

SMWC could lift mountains, shape-shift and fly. He was as strong as five gorillas.

He could also speak Spanish, French, English and Irish.

Billy the normal chicken was from Boston and could do any accent. Billy was bullied.

SMWC saved Billy from the bullies with his magical feather launcher.

He used the feather launcher to help others when they were in danger.

What SMWC really wanted was to be king so he could help other chickens.

Billy also wanted to be king, but he wasn’t magical like SMWC. 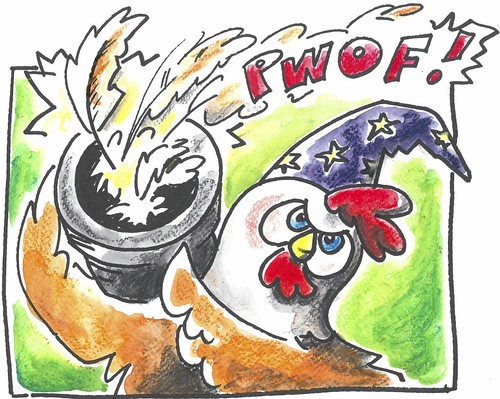 Billy got jealous and planned to steal the feather launcher, because it was so amazing.

One day Billy snuck in disguised as a guard to SMWC’s castle to steal the feather launcher.

He used his American accent to gain access to the dungeon but it didn’t work so he pretended to be SMWC.

He got the FEATHER LAUNCHER!!

SMWC looked everywhere for the magic feather launcher and was worried.

He said frantically, “I hope my super magic feather launcher is not in the wrong hands!”…