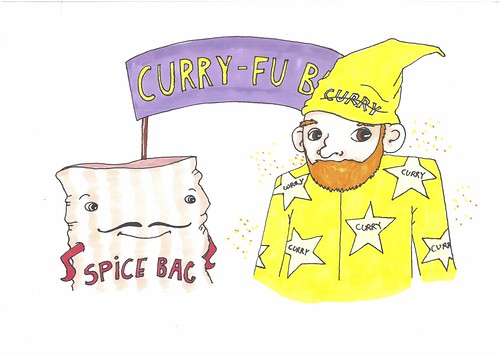 It was a long day for Craig the Curry Wizard. After a few weeks Mr. Ice cream came to his house to invite him for a battle.

The battle was to see who was worthy of the secret curry powder in Samuel the Spice Bag’s bag. 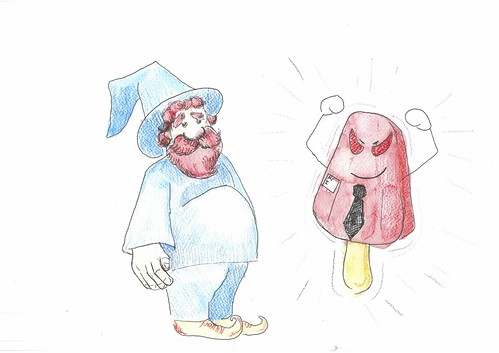 For the next few days they were constantly training separately to prepare for their battle: the curry-fu fight. Whoever won the battle would get a lifetime supply of the curry powder in Samuel the Spice Bag’s bag.

Craig was very worried because if Mr. Ice cream got the curry powder he would take over the world.

He would also take away Craig’s powers and make him a regular human.

Also Craig’s best friend, Samuel the Spice Bag, would have to go to Mr. Ice Cream’s secret factory where he would have to work 24/7 to make curry ice cream. 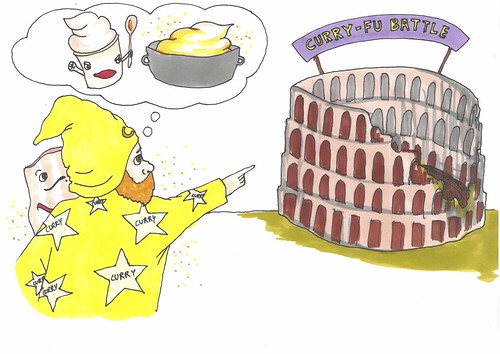 Mr. Ice Cream and Craig flew to Rome in their own private jets to have their battle in the Colusseum.

In Craig’s jet he used his powers to make duplicate Samuels to use them against Mr. Ice cream.